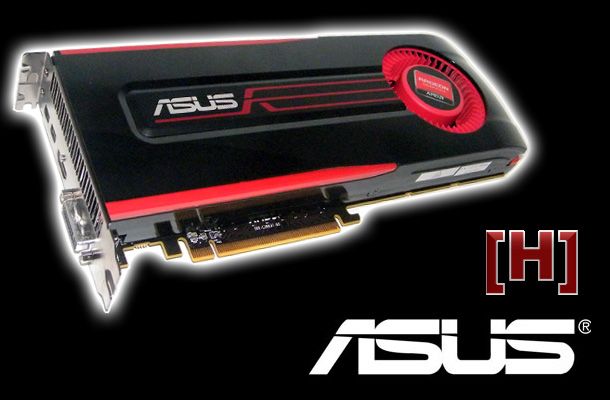 ASUS has released its baseline model of the recently released Radeon HD 7970. We will be compare the performance of the ASUS Radeon HD 7970 out-of-box against the highest overclock achieved with voltage tweaking, along with a Radeon HD 6970, and a reference clock GeForce GTX 580.

ASUSTeK Computer Inc. is one of the largest and most successful computer hardware manufacturers in the world. A Taiwan-based company, it manufactures a wide variety of computer hardware, including motherboards, video cards, optical drives, notebooks, networking equipment, barebones desktop, and server systems, among many others. In 2008, it sold over 24 million motherboards, grossed 8.1 billion U.S., and won 3,056 awards from various enthusiasts and IT related outlets.

ASUS also has a second website dedicated to the gaming community called the Republic of Gamers. It is the brand name that ASUS has been stamping their quality gaming products over the last year which has been quickly growing in popularity both gamers and hardware enthusiasts alike. The specific video card we are evaluating today is not a ROG specific video card, but does benefit from GPU Tweak with Voltage Modification to GPU core and memory.