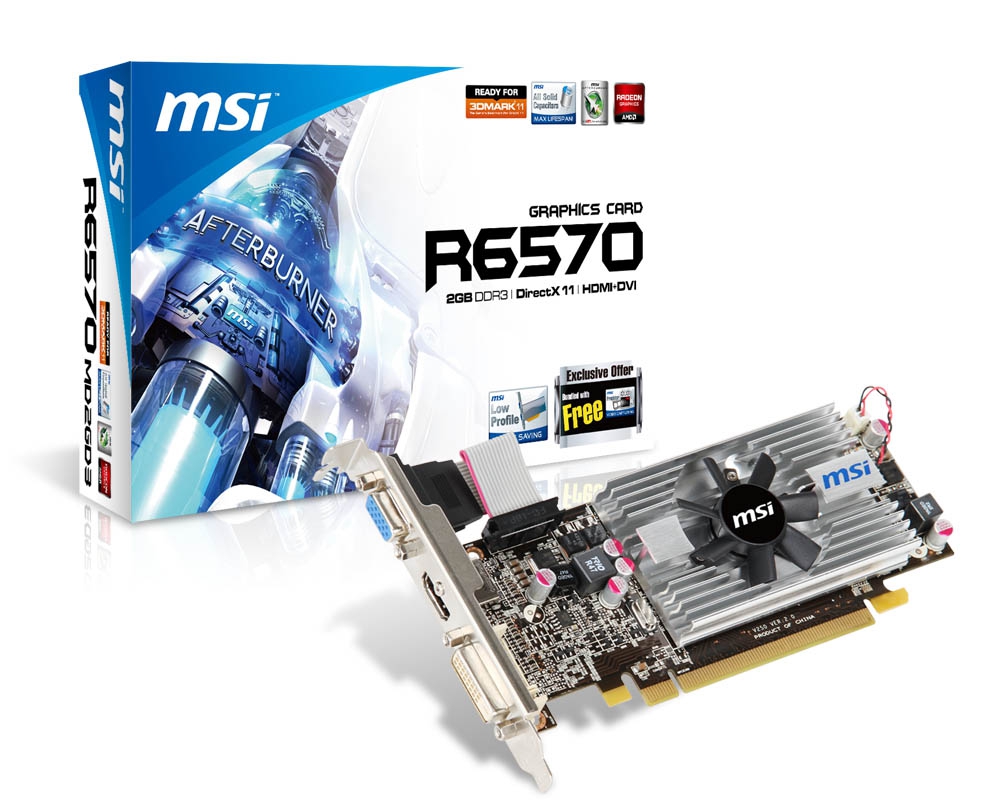 MSI has just released two new models of its R6570 graphics cards. The R6570-MD2GD3 is equipped with 2GB Vram for a larger frame buffer, especially for high resolution monitors. It also has Military Class II Concept Components, including SFC and solid capacitors, which offer higher reliability and longer lifespan, even if it is processing a heavy load.

In a press release the outfit said that both products to record in-game scenes in real time and share with friends. There is also MSI’s overclocking utility, MSI Afterburner which means that gamers can adjust the GPU and memory clock higher to get better performance.

The R6570-MD2GD3 has 1GB of DDR3 memory and a 64-bit memory bus. This variant will be priced a little lower. These are both entry level graphics cards designed for people who want to play casual 3D games or simply want a better processor to handle Full HD videos. No word on price yet.