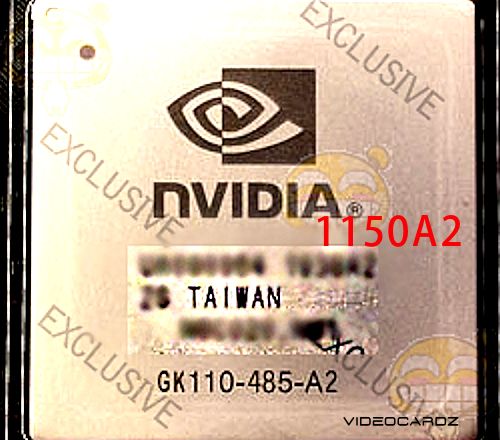 What you can find on Chinese forums nowadays is a very fresh leaked news and photographs likely from production lines. User of Diybbs.zol.com.cn forums has posted a picture of Kepler GK-110 core, which is probably GeForce GTX 680.

According to the picture, upcoming flagship model of GeForce 600 Series is codenamed GK-110-485-A2. Pictured graphics processing unit was made in 50th week of 2011, which means it is very fresh. No other information was posted. NVIDIA is very careful with leaking the news. AMD’s specifications were known months before realease of HD 7000 Series, while NVIDIA gpus are a mistery. Whole knowledge is based on predictions and presentations from NVIDIA’s itself. Everyone was expecting NVIDIA to release, at least very basic, info about their new models during CES 2012. Unfortunately that did not happen.

The latest news suggest that first Kepler based graphics cards may hit the stores in February or March. SemiAccurate have already confirmed that upcoming GeForce series will be more powerful than Radeon HD 7000, well at least for their flagship models.