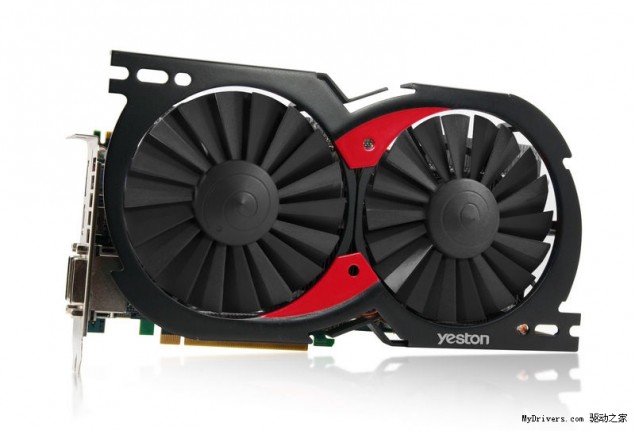 Yeston seems to be preparing a Custom Designed Radeon HD7970 which would feature a large heatsink covering atleast three expansion slots. Yeston was also working on a cheaper PCB design for HD7970 which it would use in the new Graphic Card.

Yeston’s Radeon HD7970 would feature a custom designed heatsink which would cover three expansion slots which means only two of the same cards can be Crossfire’d together. The heatsink consist of a large aluminium fin array block which has 6 copper heatpipes running through it to transfer heat, The GPU Core contact base is also made of copper. Heat is blown out of the GPU through two 120mm fans, One on the left side is PWM Controlled to ensure temperature regulation on the GPU Core and Memory while the Right side fan is kept at a constant speed to provide airflow to the power area. 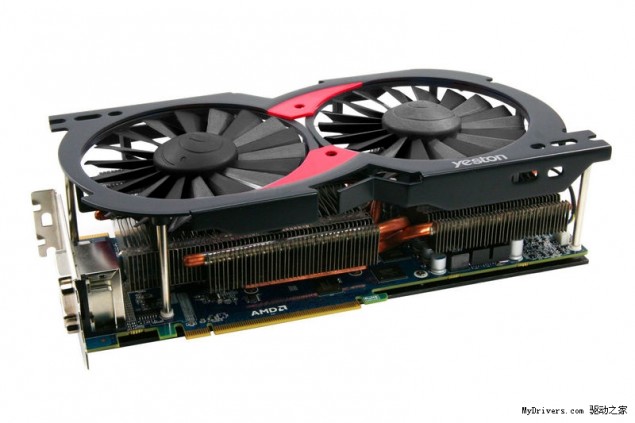 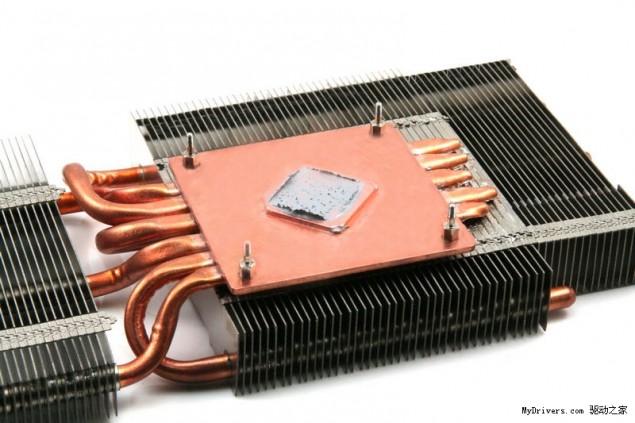 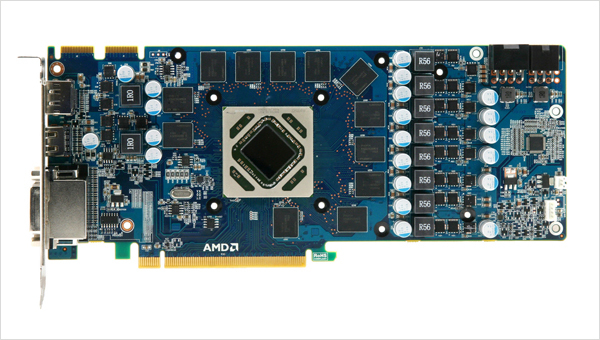