Chinese company Yeston presented their new version of Radeon HD 7970 graphics card, on which AMD logo can be seen. This is likely a refreshed PCB for Tahiti core.

Designers from Yeston have used cheaper materials, but it is unknown whether it will have any influence on the final price.

Yeston Radeon HD 7970 will have two DVI ports, one HDMI and a DisplayPort 1.2 connectors. This card has only one BIOS (Refrence model has a DUAL BIOS feature). It is not known when this card will hit the stores. 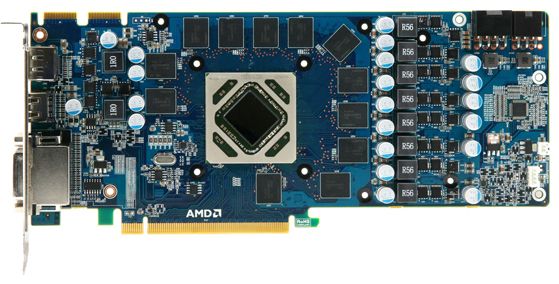