AMD Radeon HD7000M Series to be Released in Q2 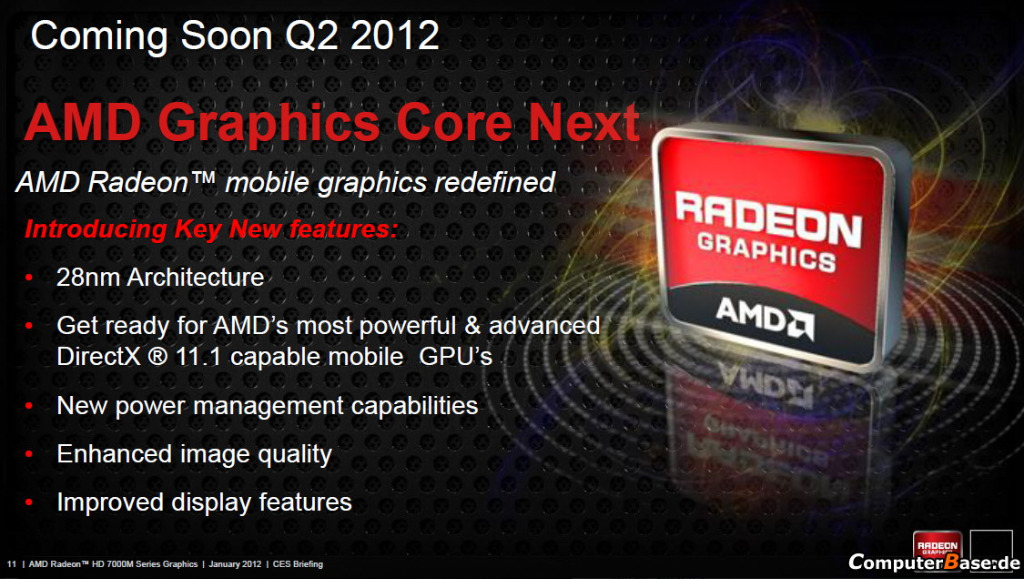 Earlier this week, AMD has officially released first graphics card from Radeon HD 7000 Series. Radeon HD 7970 was actually released in late December, but it is available just know for every enthusiast. Is is the fastest single core graphics card, with a huge overclocking potential, so it will find many owners. AMD has not rested on their laurels, and decided to fast forward the release of Radeon HD 7000M – a mobile graphics cores.

Radeon HD 7950 is to be released on January 31st. Graphics processing units for mobile units will be released a bit later, in Q2. New HD7000M cards will feature new technology based on 28nm GCN architecture, DirectX 11.1 support and a great boost of framerate. HD7000M will also feature new Zero Core technology, which will provide better power management and longer battery lasting.