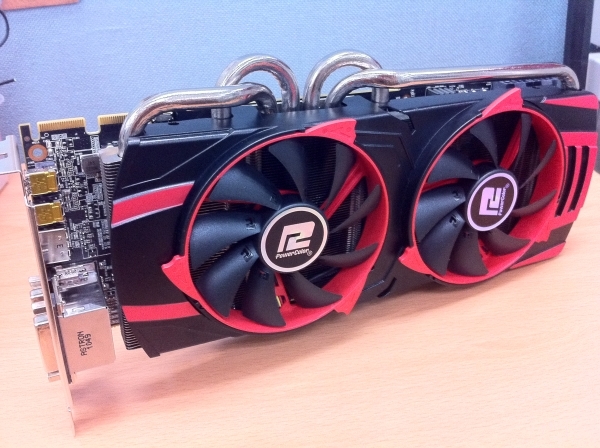 PowerColor is designing a non-reference Radeon HD 7970 graphics card, complete with its own PCB and cooler designs. For the cooler, PowerColor is designing an updated version of its Vortex II cooler featured on some of its older high-end graphics cards based on Radeon HD 6900 series GPUs. The cooler design is your typical aluminum fin-stack heatsink to which heat is fed by four 8 mm thick nickel-plated copper heat pipes. Ventilation is handled by two 80 mm fans, the frames of these fans are threaded and can be twisted to adjust the distance between the fan and the heatsink, adjusting its air-flow.

PowerColor also has a custom-design PCB to go with it, only the prototype pictured has no Tahiti GPU sitting on it, but PowerColor at least has a board design of its own at hand. The PCB draws power from two 8-pin PCIe power connectors, a CHIL-made controller handles voltage regulation. The VRM consists of a 9+1 phase design with a few other miscellaneous power domains. Those chokes appear to be slightly more cost-effective compared to the CPL-made ones featured on AMD’s reference PCB. IR directFETs are replaced by cost-effective yet durable DrMOS chips. 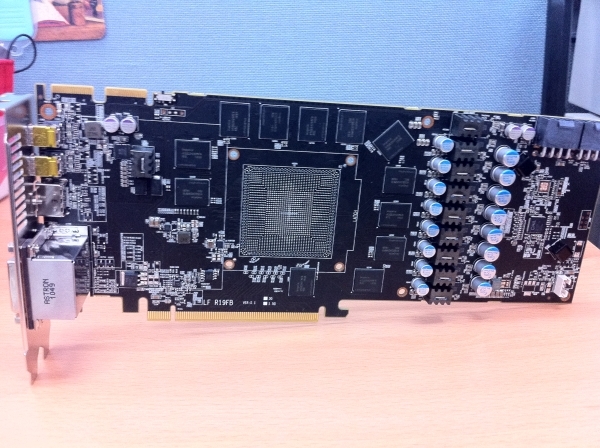 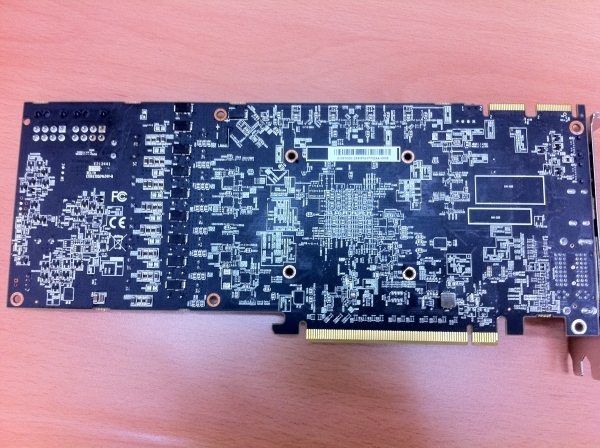 The PCB features support for two EEPROM chips, which can be selected using a 2-way switch near the CrossFire connectors. Since the cooler isn’t exactly designed to push hot air out from the rear of the case, PowerColor took the opportunity to add a second DVI connector, so now the display output layout resembles those of previous generation higher-end Radeons, with two each of DVI and mini-DisplayPort, and an HDMI. There’s no word on the tentative launch date of this card.