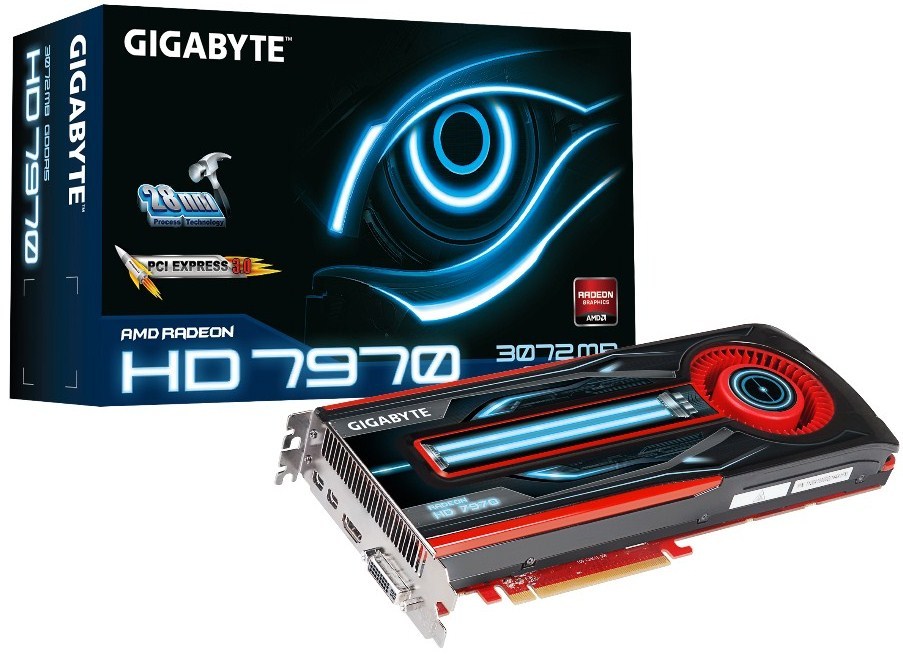 Gigabyte hopped into the Radeon HD 7970 launch bandwagon with a base-model graphics card, the GV-R797D5-3GD-B. The custom-design GV-R797OC-3GD isn’t launched so far, doesn’t feature on the company website, and will probably join its ranks a little later, since it appeared to be using a custom-design PCB, something no card launched so far has. The GV-R797D5-3GD-B sticks to AMD-reference PCB and cooler designs, with red-colored PCB.

We have seen cases where cards with red PCB in their press-shots ended up having black PCBs in the store inventories (and vice-versa), so it looks like the only way you can be sure about the PCB color by looking at what color PCB the online store of your choice is using in its item page when you’re placing your order (and return the card if it doesn’t match). PCB color has gained importance with enthusiasts that like to peak into the belly of their beasts through case windows. Gigabyte’s GV-R797D5-3GD-B also sticks to AMD reference clock speeds of 925 MHz core, and 1375 MHz (5.50 GHz effective) memory. The HD 7970 is DirectX 11.1 compliant, packs 2,048 stream processors, and is wired to 3 GB of GDDR5 memory across a 384-bit wide memory interface. Expect standard pricing of around $550.