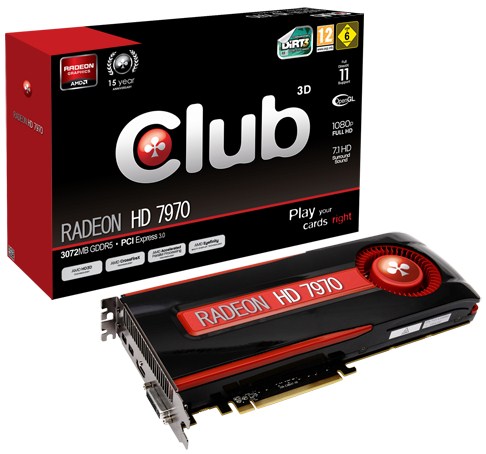 New Year’s Eve Fireworks has passed and it is time for Club 3D to introduce another rocket, the all brand new Club 3D Radeon HD 7970. This is the first graphics card using a 28nm GPU and supporting Direct3D 11.1 that will initially ship with Windows 8.

Coming along with 2048 stream processors, a 384 bit GDDR5 memory bus that provides 3.79 TFLOPs of computing performance there are magnificent new technologies introduced with AMD’s new high end GPU like AMD Eyefinity 2.0, GCN Architecture, AMD App Acceleration and PCI-Express 3.0 to only name a few.

This is definitely the product that gamers in 2012 will be looking for to make the most of latest games without compromises.