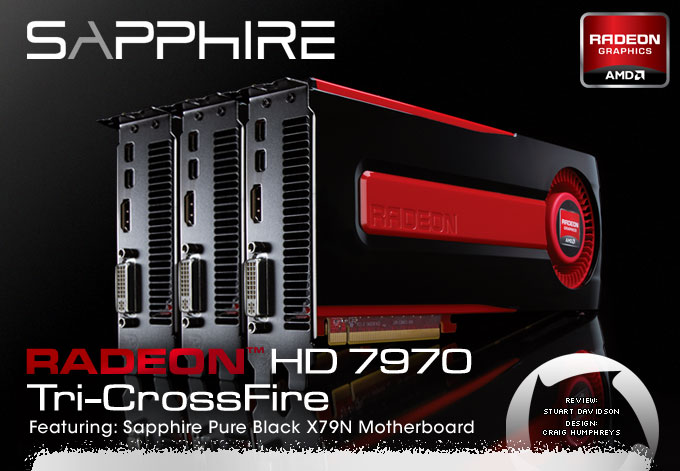 Back in December AMD launched their 7900 Series, a new product based on “Graphics Core Next” which is their new GPU. We covered the reference card then, and followed it up the same day with CrossFire Performance but until now we have been unable to talk about partner cards.

With some revised single and dual GPU 7970 performance obtained in the latest games such as Battlefield 3 and Skyrim plus an article focusing on overclocking what better to do with Sapphires 7970 than round up single and dual results then add in some tri-7970 action in games like Star Wars: The Old Repulbic. That not enough? Then we also take a look at their new X79 board and even throw in an attempt at Quad-7970… would it work? Let’s find out!