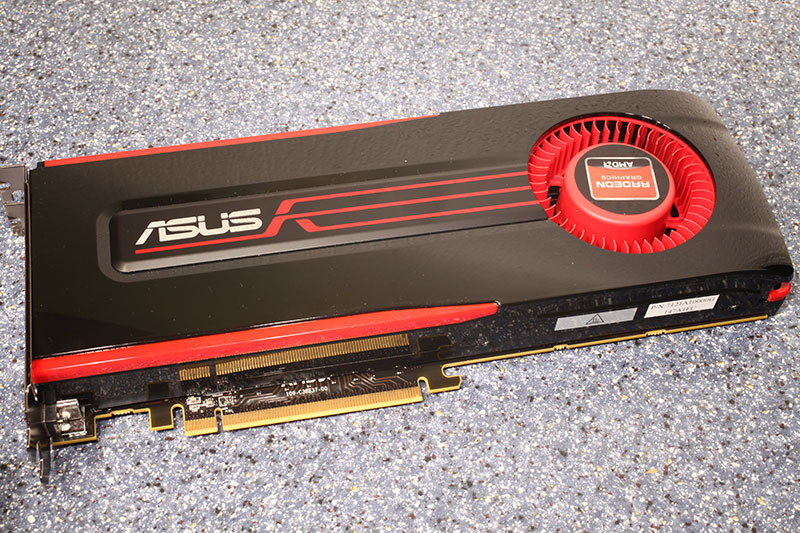 AMD’s Radeon HD 7970 was successfully launched on December 22 last year as the fastest single GPU graphics card in the world. Until today only reviews of AMD cards were allowed, so today we bring you a review of the ASUS Radeon HD 7970 in multi GPU CrossFire mode.

Instead of just placing a simple sticker on their HD 7970, ASUS has decided to go with a little bit more effort. The company has put a 3D shaped metal “cap” on the middle section of the card, where usually an ATI red shines. As you can see from the picture above, the ASUS design looks mighty good and clearly improves the looks of the Raden HD 7970. Great job ASUS! For overclockers ASUS includes their own GPUTweak software which supports the HD 7970 for overclocking, voltage control and GPU information.

In terms of specs, the card comes at the same clock speeds as the AMD reference design, running at 925 MHz core and 1375 MHz memory. Pricing is unchanged too, $550 for a single card, twice that, $1100 for the dual card CrossFire combination we test in this review.