WCCFtech informs that another graphics cards comparison chart has been leaked onto Internet. NVIDIA neither confirms nor denies, if it’s a valid chart. This time we have a performance comparison to previous generation in Battlefield 3

According to this chart new Kepler based graphics processing units are significantly faster than their predecessors. GeForce GTX 790 a flagship GK-110 Kepler graphics card is a dual core solution and, as the chart suggests, should be 2x faster than GeForce GTX 590 in Battlefiled 3. That is even more than GTX590 SLI solution, which is even harder to believe.

GeForce GTX 785 is probably a dualgpu solution. All of there cards have almost 2x of GTX500 performance. NVIDIA will likely show new gpus during CES 2012, unfortunately not for public eye. For now, lets add this chart to our Rumour Box. 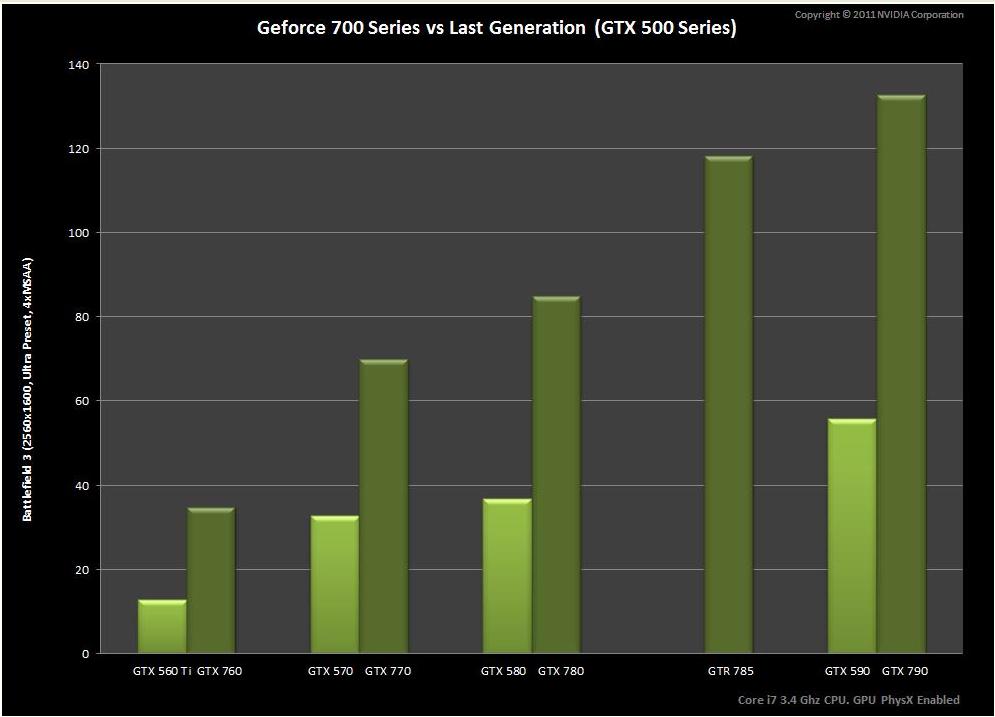 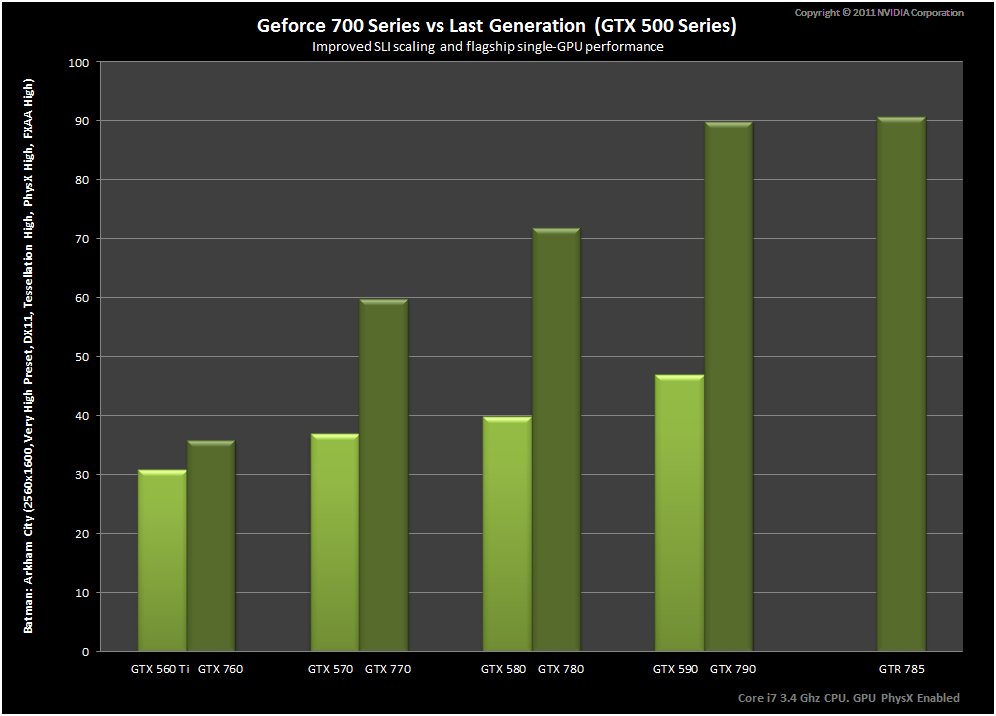