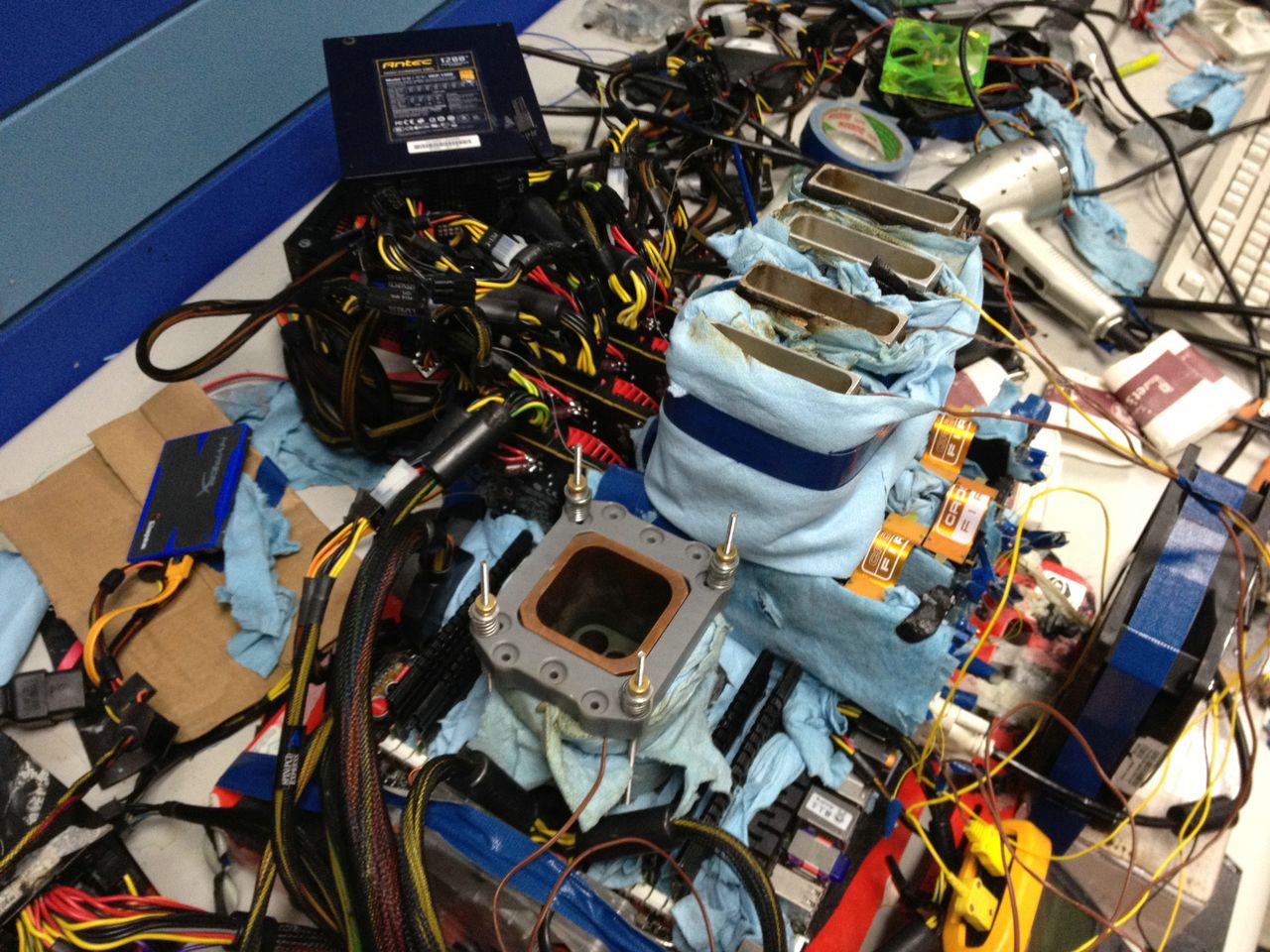 All Four GPU’s were AMD’s HD7970 (Reference Design) and were cooled with LN2 to achieve the clock frequencies. The Core/Memory Clock for all 4 GPU’s was maintained at 1610Mhz/1930Mhz at its peak during the Vantage Benchmark in which they accumulated a total score of 83000 Performance Points/ 98000 GPU Score which is impressive.