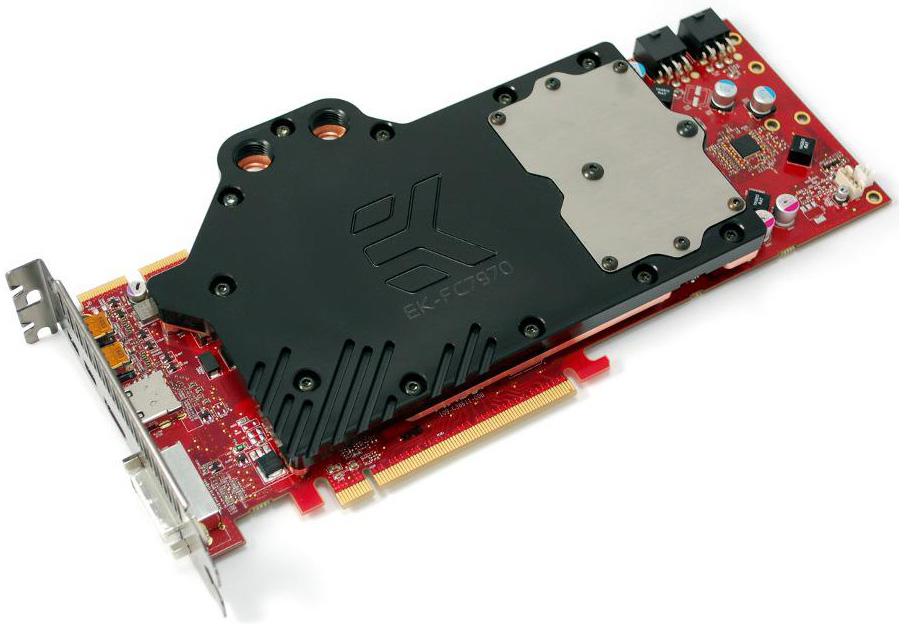 Another European company, EK Water Blocks (EKWB), is ready with its full-coverage water block for AMD’s Radeon HD 7970 graphics card, the EK-FC7970. Unlike Aqua Computer’s AquagrATIx 7900, the EK-FC7970 isn’t launched, the company isn’t taking orders yet, but it posted a teaser picture on its Facebook page.

The picture reveals the block to use copper as its primary material, with an acetal top. It appears to have standard G1/4″ threading. As a full-coverage block, it covers all the heat-producing components on the obverse side of the card’s PCB, including the GPU, the twelve memory chips, and VRM. EKWB did not give out other specifications, price, or availability.