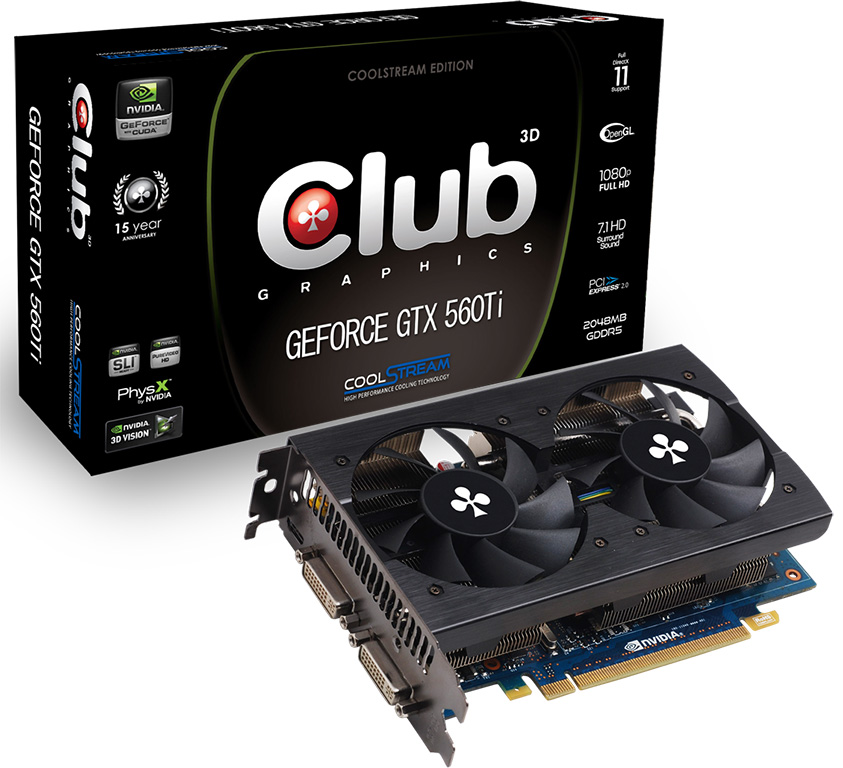 Club 3D announced its newest performance-segment graphics card, the GTX 560 Ti CoolStream with 2 GB of GDDR5 memory (model: CGNX-XT5648). Based on the 40 nm GF-114 silicon, this card features 384 CUDA cores, and makes use of 2 GB of GDDR5 memory, double the standard memory amount, across a 256-bit wide memory interface. It sports a compact in-house PCB design by Club 3D, and is cooled by an in-house dual-fan cooling solution that makes use of heat pipes to convey heat through stacks of aluminum fins, which are then ventilated by two 80 mm fans.

The card features clock speeds of 822 MHz core, 1644 MHz CUDA cores, and 1002 MHz (4008 MHz effective) memory, sticking to NVIDIA reference speeds. The card is 2-way SLI capable, draws power from two 6-pin PCIe power connectors, and its display outputs include two DVI and a mini-HDMI. The new Club 3D GeForce GTX 560 Ti CoolStream 2 GB is expected to be priced at €245 or US $329, including taxes. Club 3D will also launch a special edition of this card that includes a license of Battlefield 3. The Battlefield 3 Edition variant will be priced at €265 or $355, including taxes.