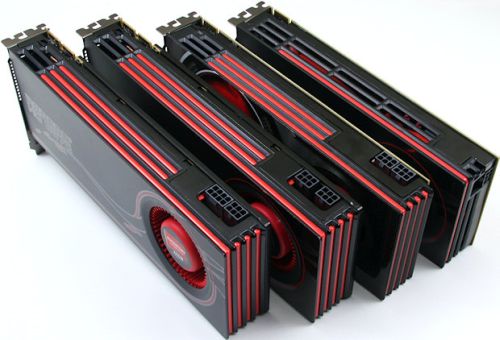 According to a report over at Chinese site Mydrivers.com (via Hardwareluxx) it looks like AMD is preparing to launch a new HD 6930 graphics card that should put a bit more pressure on Nvidia’s GTX 560 non-Ti graphics card.

Instead of moving with a price cut, it seems AMD will release what appears to be a cutdown version of the HD 6950 Cayman card. According to the report, the new Radeon HD 6930 will be based on Cayman CE GPU that has 1280 stream processors and 80 texture units (1408/88 on the HD 6950 card). This means that AMD will cut two more SIMD engines, or a total of four if you are considering a fully enabled Cayman GPU, that will still leave the new card with a full 32 ROPs. The new HD 6930 will pack a 256-bit memory interface paired up with either 1GB or 2GB of GDDR5 memory.

The rest of the specs will also get a slight cut down to 750MHz for the GPU and 4800MHz for the memory. It will still need two 6-pin PCI-Express power connectors and will most likely feature the same DVI, two mini DisplayPort and one HDMI output configuration, but these will also depend on partners version of the card.

The card should fit nicely in AMD’s lineup considering that it should be priced at somewhere around US $180-200. or simply between the HD 6870 and the HD 6950.