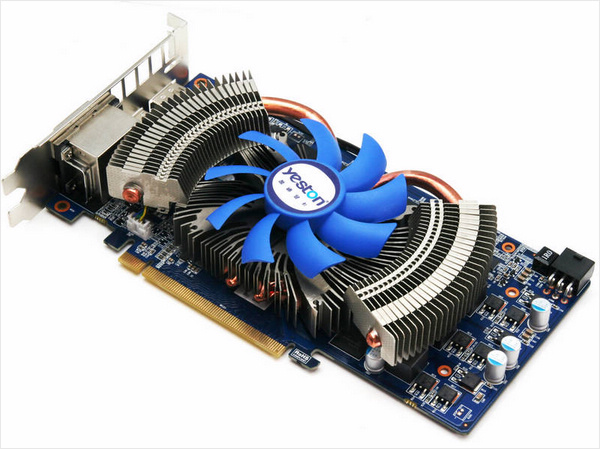 Chinese company Yeston released a new Radeon HD 6790 graphics card for gamers on a tight budget. It makes use of cost-effective cooler and PCB designs to make itself available at a price-point of 799 RMB (about $125). The familiar-looking cooler borrows its design from the likes of MSI Cyclone. It consists of a copper-plate base which makes contact with a heatsink with spirally-projecting fins and two 8 mm thick nickel-plated copper heat-pipes; these heat-pipes pass through two aluminum fin arc structures on either sides of the main heatsink. Ventilation is care of a central 80 mm fan.

The PCB uses a cost-effective 3+1 phase VRM to power the 40 nm Barts LE GPU, making use of common coil-type chokes and DPAK MOSFETs. The card is one of few HD 6790 offerings out there, that draw power form just one 6-pin PCIe power connector (most designs use two). The GPU features clock speeds of 840 MHz core and 1050 (4.20 GHz effective) memory; and is aided by 1 GB of GDDR5 memory across a 256-bit wide memory interface. It packs 800 stream processors. Display outputs include two DVI, and one each of HDMI 1.4a and DisplayPort 1.2.