NVIDIA flushing stock ahead of Kepler, 600 Series comming in December 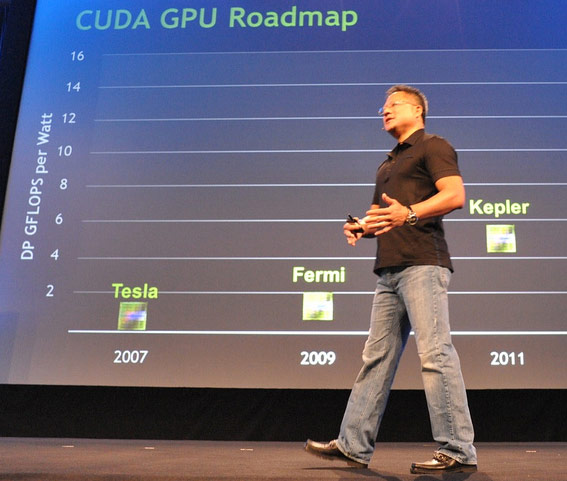 Following up on recent rumours relating to the supply and sale of GeForce cards in the market, KitGuru spies have been sniffing around the channel and there’s a definite change in the smell of the sea air. KitGuru takes a bucket, spade and hand grenade along, just in case.

Right now, we’re seeing a lot of traffic in the channel about nVidia price cuts – across the board. Sure, the market has been tough/quiet, but this is a little more active than normal. The reason is simple. Kepler.

nVidia believes that it has the new architecture ready, and has a strong suspicion that AMD won’t be ready with the re-vamped 7000 series until after Christmas, so maybe the Jen Hsun crew wants to push hard for a place in your Xmas stockings this December.

The most likely situation, would be for nVidia to (a) push out the world’s fastest graphic card and (b) use the promise of ‘something more from nVidia, but it is not here just yet’ to try and dissuade people from buying Radeons.

In the meantime, the bundle deals just keep on getting better, with Mafia and Batman options from nVidia partners and companies like Sapphire offering Battlefield 3 with some special cards.

Either way, it’s a great deal for customers. The flushing of old stock, ahead of the new launch, is an intelligent move from nVidia and one likely to create some genuine bargains.

The most interesting part of the fight for GPU supremacy, going forward, is that Microsoft’s lack of interest in pushing out a new DirectX with the next operating system (Windows 8 in mid 2012), means that the features fight will change. The ability to be ‘first with DX12′ would have been a significant driver for both AMD and nVidia, but that incentive no longer exists.

Right now, the people we’ve spoken to in the UK channel have confirmed that it ‘feels like nVidia is flushing the channel, ahead of a new launch’.