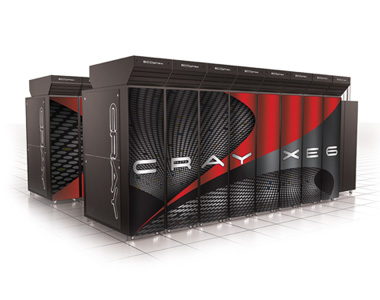 Nvidia’s Tesla chip will power the world’s fastest supercomputer in what could amount to a nice trophy win for GPU-powered servers.

On Tuesday the company announced that the U.S. Department of Energy will deploy a Cray XK6 supercomputer dubbed Titan that will be able to deliver 20 petaflops at peak performance. In a nutshell, Titan will be twice as fast as the K computer in Japan. The K computer is the fastest system to date.

The Titan supercomputer, housed at the Oak Ridge National Laboratory, will ultimately feature 18,000 Tesla GPUs. Oak Ridge is currently upgrading its existing Jaguar supercomputer with 960 Tesla GPUs, which will be companion processors for Titan. In 2012, Oak Ridge will start the larger Titan deployment.

So what does Nvidia’s win mean? Beyond a little chest thumping not much. Nvidia’s Tesla business remains a work in progress and the real payoff will be years away.