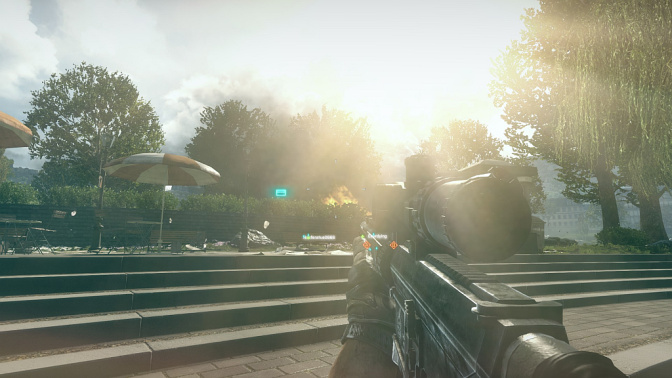 Battlefield 3 is going to raise the bar in terms of graphical quality. Since you can’t create something out of nothing, the game demands very fast graphics cards. Time for an upgrade? We’ve done comprehensive benchmarking to give you answers.

The system requirements for the Battlefield 3 beta are high. For pleasing gameplay EA and DICE recommend a quad-core CPU accompanied by a recent graphics card with 1 GiB video memory. Always keep in mind that the beta does not represent the maxium image quality of the full game – nevertheless it’s running slow.

Battlefield 3 Beta: Test scene
Our test is simple: We’re starting at the city, running down the bank near the water for 20 seconds (logged by Fraps). This scene on the Metro map sports a wide view distance, particle effects and, as a result of the sprint, streaming. Indoors the frame rates are about 30 to 50 percent higher. Since we’re using the latest drivers from AMD and Nvidia, the Catalyst 11.10 Preview and Geforce 285.38, these results are state-of-the-art.

Remarkable: Nvidia’s drivers give their cards an edge over the competition. The Geforce GTX 570 outperforms the similar-priced Radeon HD 6970 by nine percent, even though the AMD card runs faster in our overall benchmark index. Upcoming drivers from AMD and Nvidia will push the framerates by time and maybe change the current placing. 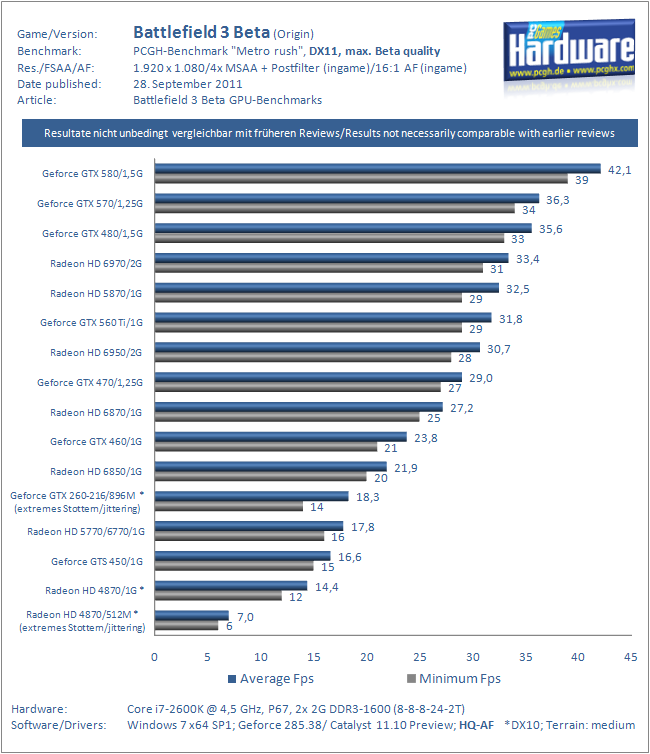 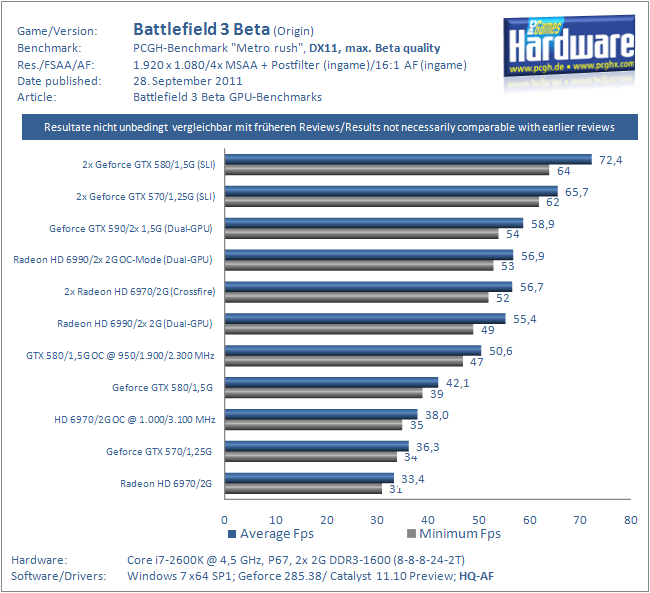