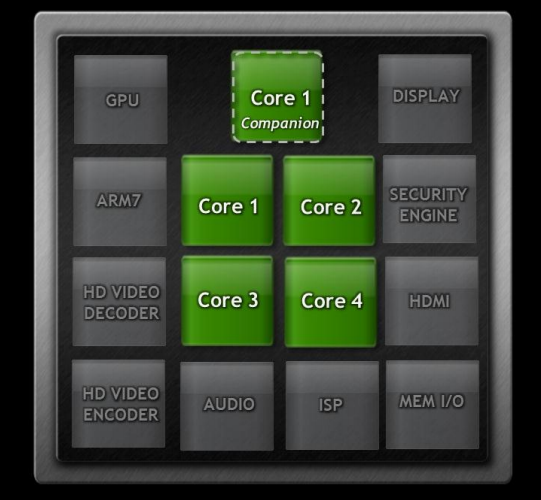 SAN FRANCISCO: Nvidia Corp, known for its processors that render graphics in PCs, is outlining a novel feature of a new chip for mobile devices.

The chip has essentially grown another arm.

The new chip, code-named Project Kal-El, was previously known to have four processing “cores,” or engines for performing computing tasks. The abundance of cores helps phones and other devices that will use the chip do many things at once.

Think of them as burners on a stove that let several pots cook at once.

The computer industry has moved in the direction of multiple cores as the need for multitasking has grown and the physics of chip design has limited the amount of work a single core can do without draining too much battery life. Many cores doing many things helps keep power drain down.

On Tuesday, Santa Clara, California-based Nvidia disclosed in two research papers that its new chip actually has a lightweight fifth core, a novel chip design. The company says the additional core isn’t like the others. It can’t do as much as the other cores, but it does operate at low power and works best when a mobile device is in “active standby” mode, or sitting in your pocket but still receiving e-mail and Twitter updates and the like.

The addition of the fifth core shows the lengths that chip companies are going to in designing powerful and energy-efficient processors. Nvidia describes the additional core as being useful for the least power-hungry tasks, such as syncing the phone when you’re not using it or doing low-impact operations such as reading on the Internet or playing music.

For more power-hungry tasks, the other cores are used.

Such gymnastics in chip design are important to Nvidia as it tries to carve out a role in the booming smartphone and tablet market. The company is known for its graphics chips for PCs.

But using low-power chip designs from UK-based ARM Holdings, the company has expanded into chips for smartphones and tablets. This is an area that the biggest semiconductor company, Intel Corp, which uses a different chip design, has yet to crack. 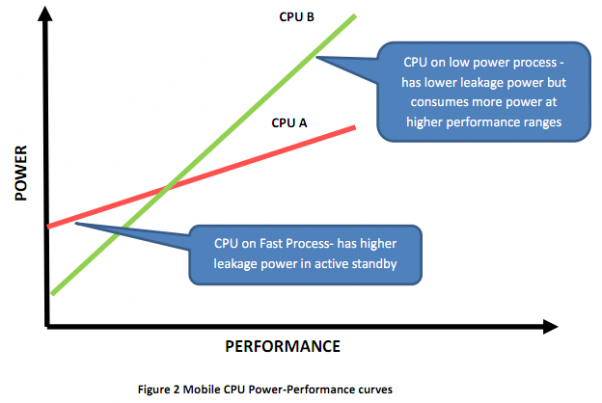 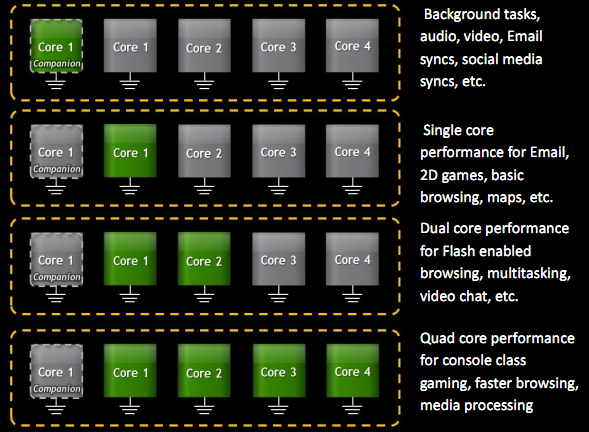 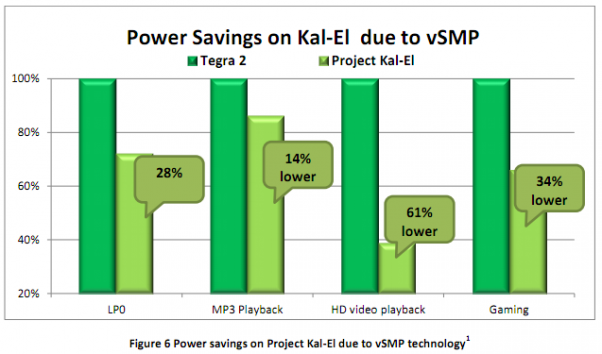 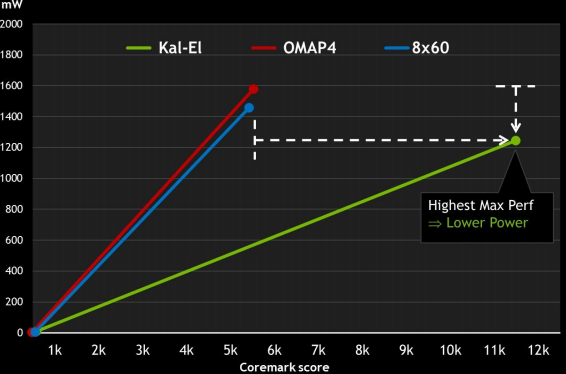