Asian graphics card manufacturer known for its intriguing designs, Colorful, after a brief gap of four months, unveiled its latest graphics card in the works, under its Radeon-centric ColorFire brand. Called the ColorFire Xstorm HD 6850 X2 4GB, its name pretty much spells out what it’s about : a dual-GPU (CrossFire on-a-stick) graphics card with two Radeon HD 6850 GPUs, and 4 GB of total memory (2 GB per GPU system). It’s not just the specifications that earned Colorful/ColorFire its popularity, it’s their nerdtastic choice of components. This card is no exception.

With this card, the designers are trying out what they call “Silver-Plated Technology”. All of the PCB’s contacts (the metal-exposed parts onto which components are soldered), apart from the PCIe and CFBE interfaces, are plated with silver. Silver is one of the best conductors. ColorFire argues that the use of silver contacts reduces resistance, and also helps with cooling.

The next interesting feature is the use of DIP-switched based voltage control, which is an old-school yet direct and effective way of tuning voltages. Voltage measurement points are consolidated to a convenient location (next to the power connectors), and are angled for easy access. Lastly, a pair of jumpers near the display output connectors, allows you to switch between two sets of EEPROMs, each having a different clock and voltage profile. 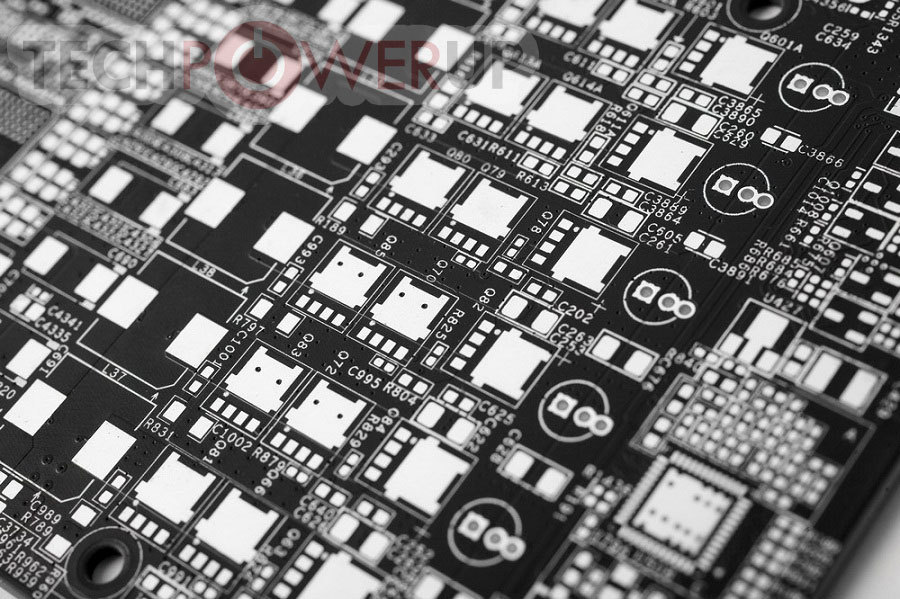 Moving on to the GPU system itself, there are two 40 nm AMD Barts GPUs in the HD 6850 configuration (960 stream processors per GPU). One of the two sets of EEPROMs packs AMD reference speeds, but ColorFire didn’t mention details of the overclocked profile. The card draws power from two 8-pin connectors, a 12-phase VRM handles voltage regulation. To cool it all, ColorFire used a custom design dual-fan cooler, which uses a large heatsink to which heat is conveyed by five heat-pipes.