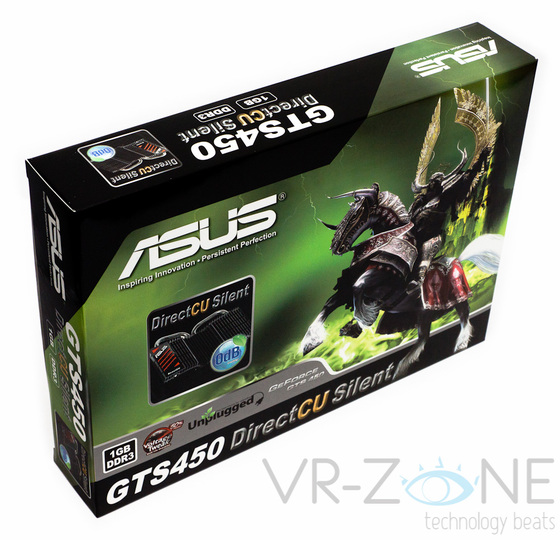 Nearly all modern GPUs are designed for use with active cooling systems, in order to allow for desirable levels of performance within a reasonable form factor. To take a GPU intended for active cooling and cool it passively would entail a compromise in performance, size, or both.

The passive graphics card we’re looking at today is ASUS’ ENGTS450 DirectCU Silent. While the GeForce GTS 450 is by no means the fastest GPU around, its relatively low TDP of 106W (for NVIDIA’s reference design) makes it a good candidate for passive cooling.

In the case of the ENGTS450 DirectCU Silent, ASUS has decided to sacrifice performance instead of size. The core clock on this card is ~25% slower than NVIDIA’s reference speed. ASUS has also opted to use DDR3 memory, which has lower power consumption but also much lower bandwidth than GDDR5 memory.