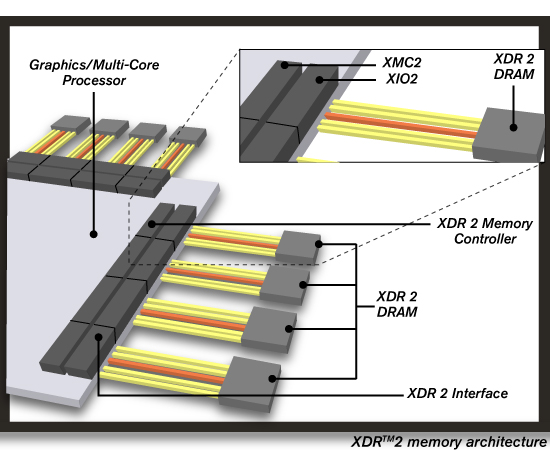 Update:
It is worth quoting one of SemiAccurate Admins:

Guys,
Let me be blunt here, THERE IS NO XDR2 IN SI/HD7000/GCN. Trust me on this, the spec list floating is complete bull, and you can tell by who is re-posting it and who is not. Some people know, and they are being VERY quiet on the subject.
This is not meant to knock XDR2 and/or Rambus, it is just a statement about what is in and what is not in the next GPU.

Another leaked information comes to surface. It confirms that new AMD Radeon HD 7000 Series will be made in 28nm process and based on Very Long Instruction Word (VLIW4) circuits. It also provides new information that Radeon HD 79XX graphics cards will be made with Graphics Core Next (GNC) architecture which supports new high speed memory type from Rambus – XDR2.

VLIW4 architecture is said to be more efficient than VLIW5 used in Radeon HD 6000 Series. So far we know that at least four graphics cards from AMD will be built on this architecture: Radeon HD 7870, 7850, 7670, 7570. We, however, have no confirmation if Radeon HD 7790 and 7770 will also be made using same graphics processing unit architecture.

The newest information that is moving around the Internet is basically a copy of our specification subpages (you can easily find them in the header of this webpage). Saying that we are source of information straight from AMD is quite questionable.

AMD Graphics Core Next was redesigned from a scratch. It is hard to say anything about this architecture, while its still in development process. Radeon HD 7900 Series will hit markets later than HD 7800 family. New GCN is believed to be more friendly for developers and programmers, it also has better performance in GPUGPU applications. Surely, new XDR2 memory will boost memory bandwidth twice compared to GDDR5 memory. It also has lower power consumption. 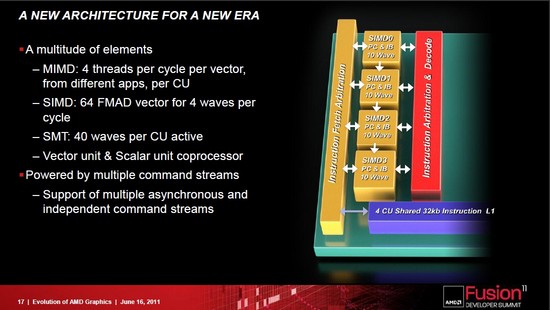 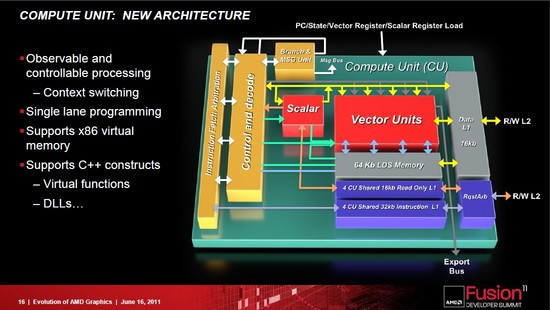