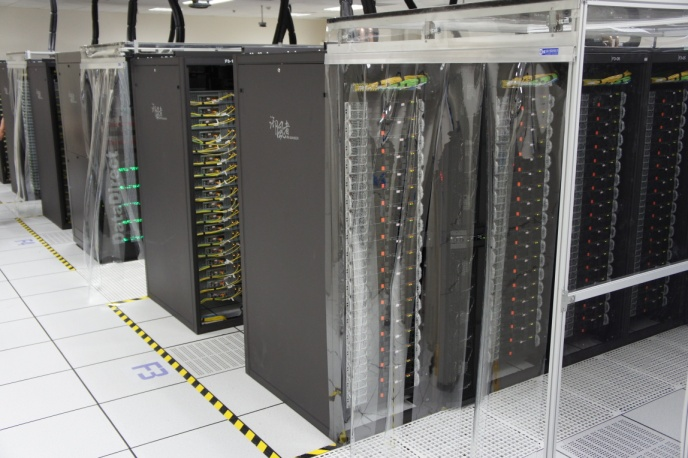 Asustek Computer, on September 8, announced that the company has finished establishing the largest ever GPU supercomputer in Taiwan with cooperation from the Taiwan government-backed National Center for High-performance Computing (NCHC).

Asustek will also send the new supercomputer to be rated in the global Top500 and Green500 supercomputer rankings at the end of 2011.

The supercomputer has 88 built-in compute nodes with each node having two Intel Xeon X5670 processors and three Tesla M2070 graphics cards. The machine can provide 50 teraflops of double-precision floating-point calculations and fits into a 6.6 square meter room. It is capable of being used in several research industries such as earthquake analysis, weather science, bio-medical and aerial/space technology.

Asustek’s server business has been seeing an annual growth rate above 20% each year, although the company had lower-than-expected performance in the first half of 2011 due to Europe’s bond crisis. But as demand for cloud computing applications will rise in the second half, while enterprises will start expanding their equipment, Asustek still expects its performance in 2011 to meet its expectations.

Currently, Asustek is mainly pushing own-brand servers in Taiwan, while providing white-box servers to worldwide partners in non-Taiwan markets, according to market watchers, which added that Asustek has also been aggressively cutting into emerging markets such as China hoping to quickly boost its shipment performance.