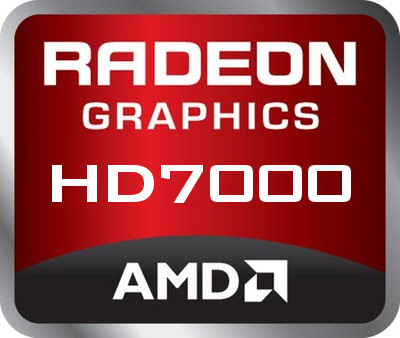 First specifications of upcoming Radeon HD 7000 Series graphics cards have been leaked. Specifications are unverified and the original source is unknown. However we can still have a peak on this short information and compare them to existing Radeon HD 6000 Series.

Graphics processing units codenames were already known for some time, while specifications were kept secret. Usually those leaked specifications are almost accurate, so it is worth analyzing them.

As new information suggests, we can expect new Radeon HD7000 Series yet in this year. GPUs will be build in 28 nanometer process.

The HD7970 (Tahiti XT) is replacement for HD6970 (Cayman XT) card. This card would run 2048 stream processors at 1000MHz. Texture units are numbered in 128, while raster operating units are set to 64. Maximum power consumption is levelled at 190W.

Upcoming Radeon HD 7860 is actually replacing 6970 (performance should be equivalent). HD7870 will be packed with 1536 stream processors clocked at 950 MHz. Raster operation units are cut down to 32. Maximum power draw should not exceed 120W.

Radeon HD 7670 is mid range graphics cards. Probably will still be able to run Battlefield 3 smoothly. As for specification, HD7670 is packed with 512 stream processors running at 900 MHz. Raster units are limited to 16. Power draw is 60W

The slowest known HD7000 representative is strictly aimed at low budgets PCs. Architecture is very similiar to HD760, only clocked down a bit.