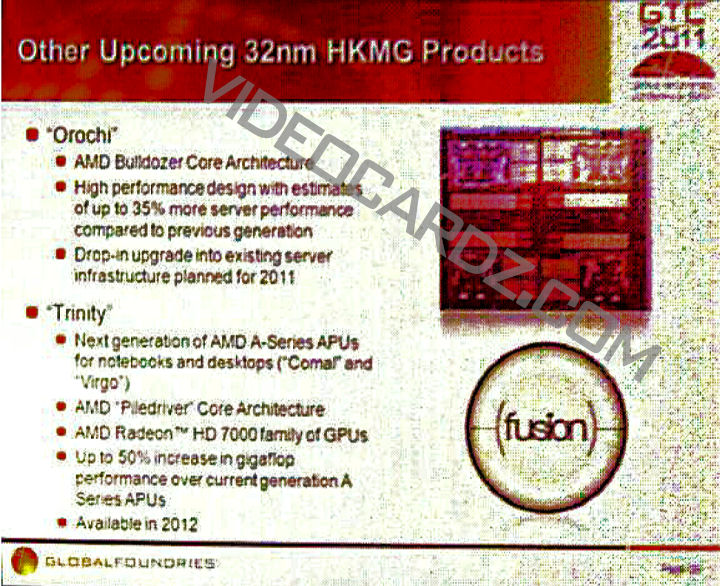 Globadfoundaries have just released a slide presenting some information about upcoming AMD Radeon HD 7000 Series, which will be used in Trinity, condenamed Comal and Virgo. HD 7000 Series is designated for Southern Islands, AMD’S 28-nanometer next generation graphics processing units.

Fudzila: We believe that this settles the score, HD 7000 is the official designation for Southern Islands, AMD’s 28nm next generation graphics.
So the Radeon HD 7000 series moniker looks legitimate, and we do have a picture to back it up. It is now certain that AMD comes first with its 28nm chips, before NVIDIA’s Kepler that has reportedly been pushed back for early 2012. It was interesting that despite close partnership with Globalfoundries and the fact that they have 28nm, it still decided to manufacture its chip at TSMC, as TSMC has much more experience with highly complex graphics chips.