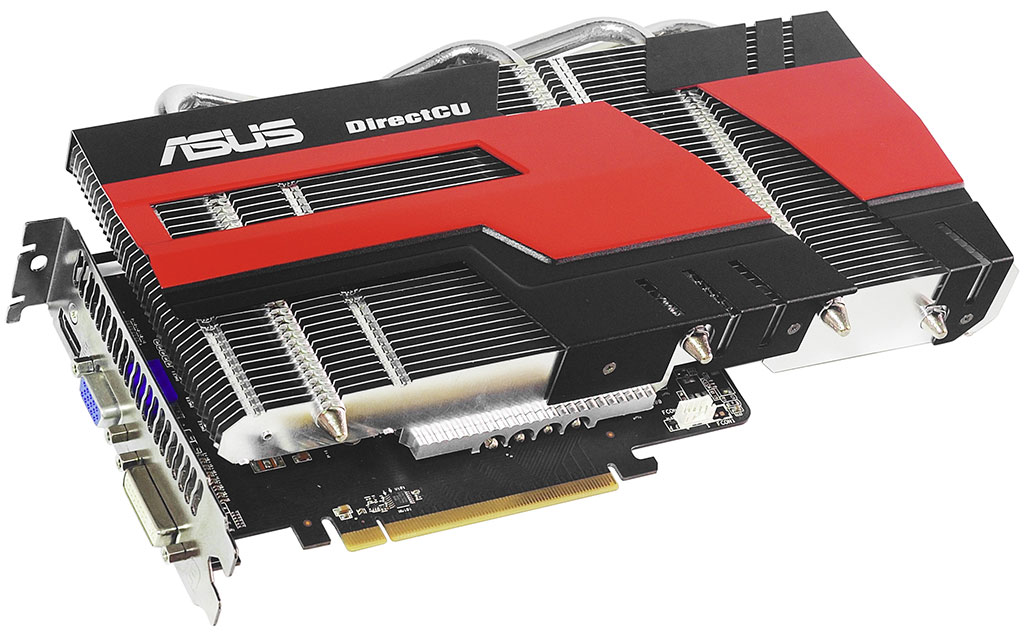 ASUS is ready with a new silent (passive-cooled) graphics card based on the AMD Radeon HD 6770 graphics processor, the ASUS HD 6770 DirectCu Silent. ASUS designed a new passive GPU cooler from ground up, which makes use of heat pipe direct-touch design, which ASUS refers to as DirectCu (direct copper). The cooler is essentially a large aluminum fin heatsink that uses four nickel-plated copper heat pipes, conveying heat to a large aluminum fin stack, that is longer than the card’s PCB itself.

Based on the 40 nm “Juniper” silicon, the HD 6770 is a rebrand of the HD 5770, it packs 800 stream processors, and a 128-bit wide GDDR5 memory interface to hold 1 GB of memory. The core is clocked at 850 MHz, and memory at 1200 MHz (4.80 GHz effective). The card draws power from one 6-pin PCI-E power connector. It uses high-grade “Super Alloy” VRM components, that are efficient, and don’t lose energy to high-pitched noise on load. The card’s display outputs include one each of DVI, D-Sub, and HDMI 1.4a. There’s no word on the pricing and availability.