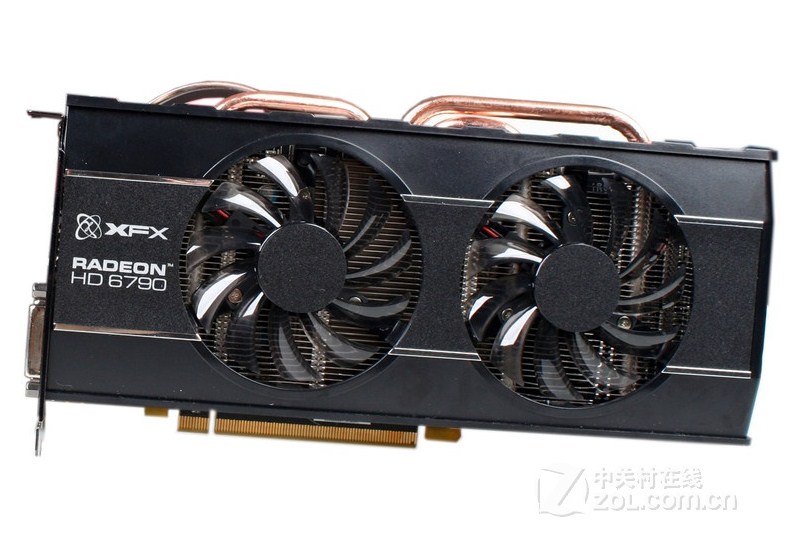 XFX is ready with its Radeon HD 6790, too. The XFX HD679XZDFC is a completely in-house designed HD 6790 implementation by XFX, including a custom PCB and cooler, which can also be found on its HD 6800 series models. Essentially, HD 6790’s electricals on this particular board match those of the HD 6870. The PCB uses a 4+2 phase VRM for the Barts LE GPU, which packs 800 stream processors and 256-bit GDDR5 memory interface holding 1 GB of memory; power is drawn from two 6-pin power connectors.

Moving on to the cooler, it uses a large aluminum fin array to which heat is fed by three copper heat pipes that make direct contact with the GPU. It is ventilated by two 80 mm fans. Display outputs resemble those of the HD 6870, more than those of the HD 6850; there are two each of DVI and mini-DisplayPort 1.2, and one full-size HDMI 1.4a. The card can pair with another (probably any Barts-based card) for 2-way CrossFire. Expect it to be out on Thursday.