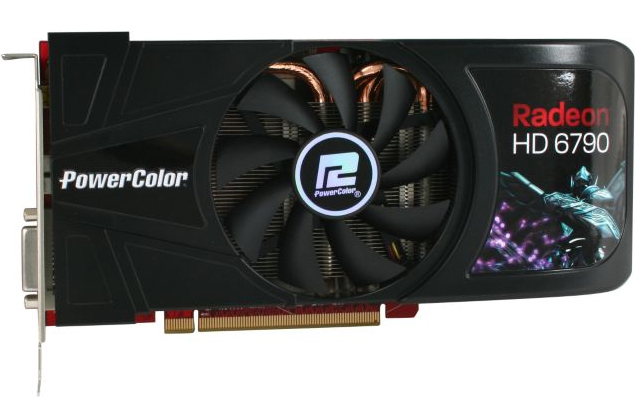 PowerColor’s card uses a more cost-effective cooler design than the one found on some of its Radeon HD 6800 series graphics cards. Display outputs include one each of DVI, full-size HDMI 1.4a, and mini DisplayPort 1.2. The card draws power from just one 6-pin PCI-E power connector. The HD 6790 will be officially released later this week on Thursday.