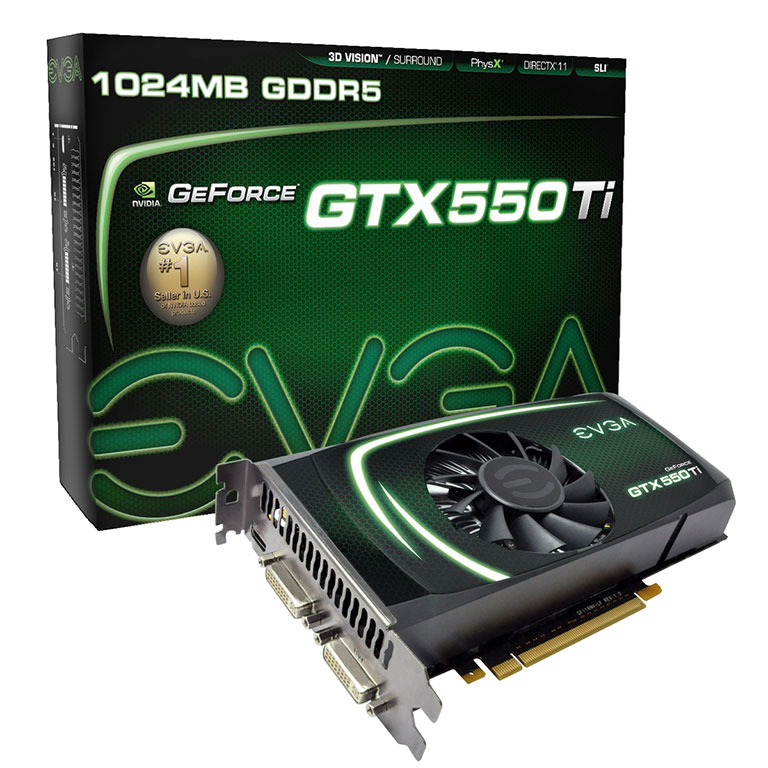 NVIDIA today launched its GeForce GTX 550 Ti graphics processor, to capture a key mainstream price point with which it wants to make PC gaming as a whole more attractive. EVGA kicked off its lineup with two models, the base model, which carries the model number 01G-P3-1556-KR, features a “free performance boost”, meaning that while it’s priced on par with reference design cards, it is slightly overclocked out of the box. The next one is a SuperClocked (SC) variant carrying the model number 01G-P3-1557-KR. Both cards stick to NVIDIA’s reference board and cooler designs.