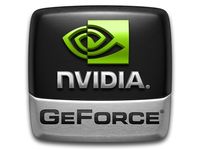 ZoomSoftpedia reports that the European online stores and not yet ready Ti NVIDIA GeForce GTX 550 graphics card that it will be an overclocked version of the earlier version of NVIDIA his GTS 450, with a core 40 nm process demonstrates GF116 published.

In addition, the GeForce GTX 550 Ti form factor dual-slot, with a maximum power of 110W, and is compatible with HDCP and SLI. The card should be about the same as the Radeon HD 5770 in terms of performance and slower than the GTX 460 from NVIDIA with 768 MB memory card.