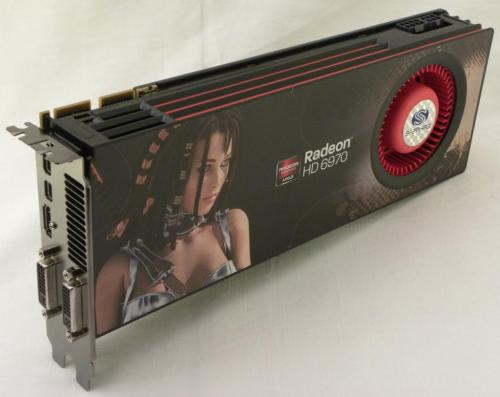 SAPPHIRE’s Radeon HD 6970 is a graphics card based on the new Cayman XT GPU. Compared to the Radeon HD 6870 based on Barts XT GPU, the Cayman comes with a new architecture. The vec5 units have been replaced by vec4 units and the rasterizer is now able to process 2 triangles per clock. And like NVIDIA’s GTX 500 Series, Radeon HD 6900 cards have a new power draw limiter called PowerTune. We’ll see it in action in the power consumption and overclocking part of this review.