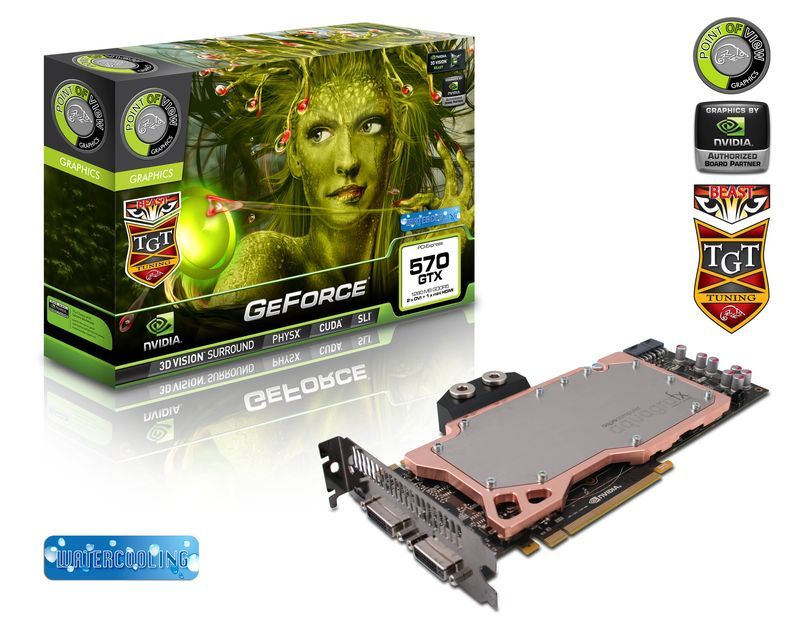 In addition, Point of View and TGT are offering a silently air-cooled solution running at identical frequencies priced at € 449. Hand-selected by TGT, the POV/TGT GeForce GTX 570 “Beast” is running at an unprecedented 841 MHz core clock “out of the box”, 1682 MHz shader clock and 3960 MHz DDR-5 memory clock honoring TGT’s efforts to optimize and balance both, enhanced core clock settings and rock solid stability.

The POV/TGT GeForce GTX 570 “Beast”TM is the world’s first GeForce GTX 570 based 3D processor card running stable beyond 840 MHz. But this is not all. Depending on the local thermal cooling environment and ventilation, the “TGT 570 BEAST” may run stable at even higher core clock rates. Frankly speaking, as TGT seriously cares about the 3D gaming enthusiasts TGT is not only raising the core clock rate, but also significantly raising the over clocking headroom in general.