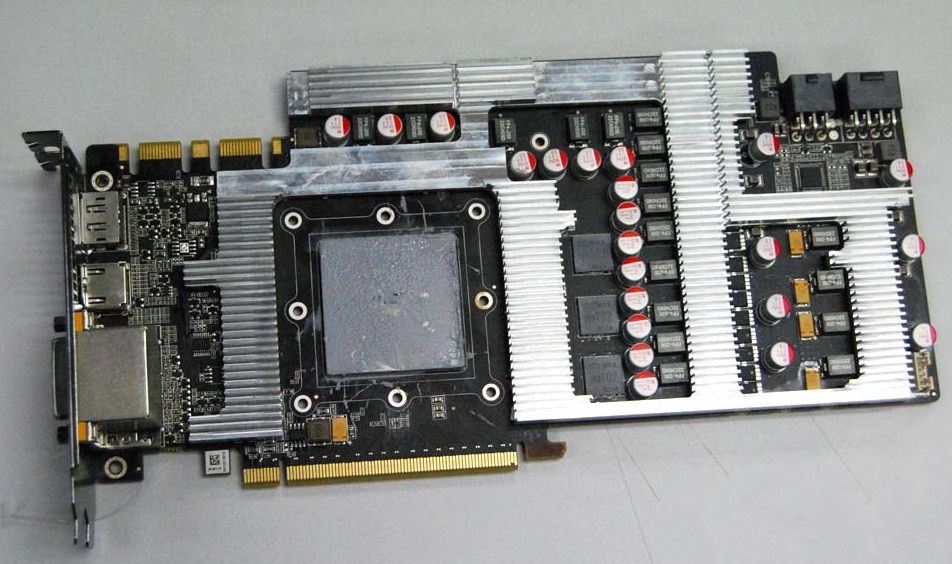 Zotac is flexing its engineering muscle again. Known for several novelty high-end non-reference design graphics cards, Zotac’s latest work is based on the NVIDIA GeForce GTX 580, and revolves around backing the GPU and memory with a strong VRM. So complex is its VRM circuit, that it extends the PCB’s height by a good one inch. The VRM consists of over 16 phases, making use of high-grade chokes, capacitors, POSCAPs, and proadlizers. Power is drawn in from 8-pin and 6-pin power connectors.

To cool the beast, there’s a monolithic aluminum heatsink that runs through all corners of the PCB, cooling MOSFETs and memory chips. The GPU is cooled by a 2+ slot air cooler that makes use of two 120 mm fans blowing air onto a dense aluminum fin array. This cooler can be detached, and a universal water block for the GPU can be used without having to worry about cooling other components. Although the clock speeds aren’t known, one can expect them to either be high, or moderately high leaving a large overclocking headroom. Zotac will brand this card “Zotac GTX 580 Extreme Edition”.