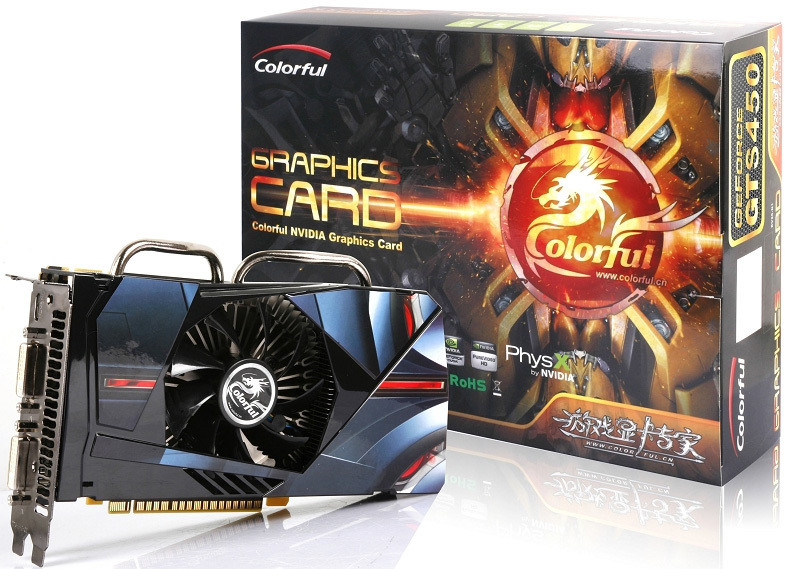 Colorful launched its GeForce GTS 450 offering, a hardcore-looking design that makes use of a custom-design PCB and cooler. The cooler uses a heatsink-fan assembly with forked radially-projecting aluminum fin, a GPU base under it gives out two 6 mm heat pipes, that convey heat to aluminum fin arrays on either sides of the fan. Colorful is said to be using factory overclocked speeds, although the exact speeds are not known. The company also has a plain reference design card that runs at reference speeds of 783/1566/900(3600) MHz. Colorful primarily targets the Asian markets, along with distribution in some European markets as well.