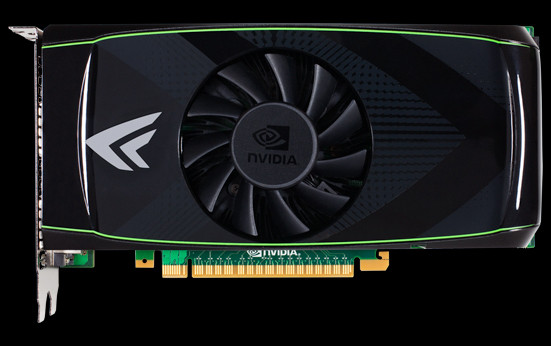 NVIDIA today announced the latest addition to its Fermi-class of graphics processing units (GPUs), the NVIDIA GeForce GTS 450 — which was designed to deliver the best DX11 price/performance in the $129 USD price category.


According to the latest Steam survey, a leading indicator of the hardware used by PC gamers today, 56 percent(i) of gamers play at mainstream resolutions, typically between 1600×1050 and 1280×1024. The GTS 450 was specifically designed to excel at these resolutions, delivering awesome DX11 performance with 4X antialiasing turned on, enabling more gamers than ever before to experience incredibly detailed characters, terrain and game environments with blazing fast performance and awesome visuals.

For games and applications that feature tessellation — the key feature of DX11 — the GTS 450 is up to 65% faster than the closest competitive product(ii). Even in last generation DX9 and DX10 games, the GTS 450 is faster by over 30%(iii), including in the blockbuster PC title StarCraft II. This makes the GTS 450 a terrific GPU for playing this year’s hottest games including the upcoming holiday titles like Civilization V and HAWX 2, both of which feature support for DX11 and tessellation, and other games, such as Dead Rising 2.

“We are excited about the GeForce GTS 450, which brings awesome performance to a very affordable price point,” said Shinsaku Ohara, Producer of Dead Rising 2 at Capcom. “By delivering a great gaming experience mixed with some cutting-edge features such as support for 3D Vision, we are confident that fans of Dead Rising 2 will have a great platform to play on.”

With full support for NVIDIA 3D Vision technology, the GeForce GTS 450 also provides the graphics horsepower and video bandwidth needed to experience games and high definition Blu-ray movies in eye-popping stereoscopic 3D. And with NVIDIA SLI technology, the industry’s most scalable multi-GPU platform, gamers will be ecstatic to almost double their gaming performance by adding a second GTS 450 to their PC, when budget allows.