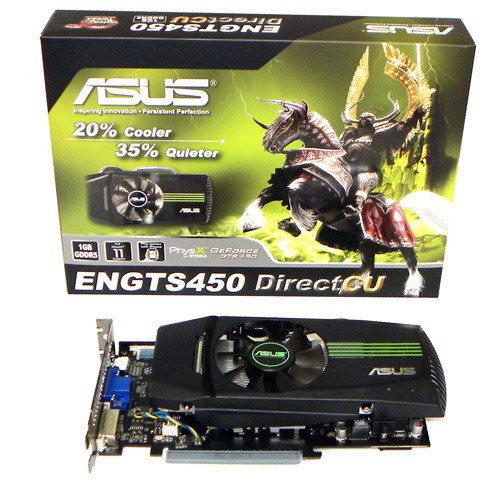 One of ASUS’ first implementations of the upcoming NVIDIA GeForce GTS 450 mid-range GPU, the ASUS ENGTS450 DirectCu, has been listed on a Bulgarian online store. The picture reveals a fairly long graphics card that features ASUS’ popular DirectCu (direct copper) GPU heatsink assembly, which the company has used extensively on upper Mid-range thru performance graphics cards, from both its Radeon (EAH) and GeForce (EAN) product lines. From what little we can see, the card has one each of DVI, D-Sub, and HDMI connectors, one SLI connector, and a design which ASUS claims to be 20% cooler and 35% quieter than the NVIDIA reference design.