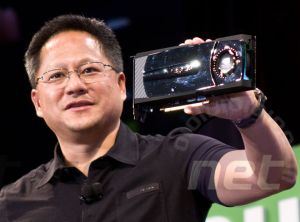 Well placed sources seem to have finally pieced together specifications of NVIDIA’s GeForce GTS 450 graphics card, the company’s mid-range offering that competes with ATI Radeon HD 5700 series products. In the run up to this, we’ve come across reports showing that the SKU is based on a GPU codenamed GF106, then we came across NVIDIA reference design PCB drawings, followed by clock speeds, and finally, pictures of the GPU itself revealing quite a bit about the die size. The most recent report affirms the specs we know till now, plus revealed the CUDA core count, which is 192. The CUDA cores are clocked at 1566 MHz, and that the memory is clocked at 902 MHz (3608 MHz effective).

So as a quick recap of the tech specs of the GeForce GTS 450, it’s based on the new 40 nm GF106 silicon, the die area is roughly 240 mm². The GPU has 192 CUDA cores, and a 128-bit wide GDDR5 memory interface holding 1 GB of memory. The core is clocked at 789 MHz, and memory at 902 MHz (3608 MHz effective), translating into 57.8 GB/s of memory bandwidth, CUDA cores at 1566 MHz. It supports 2-way SLI, and gives you access to the latest PC graphics technologies, including support for DirectX 11 and OpenGL 4.x, along with support for a wide range of NVIDIA-exclusive technologies. NVIDIA’s GeForce GTS 450 will be released by mid-September.