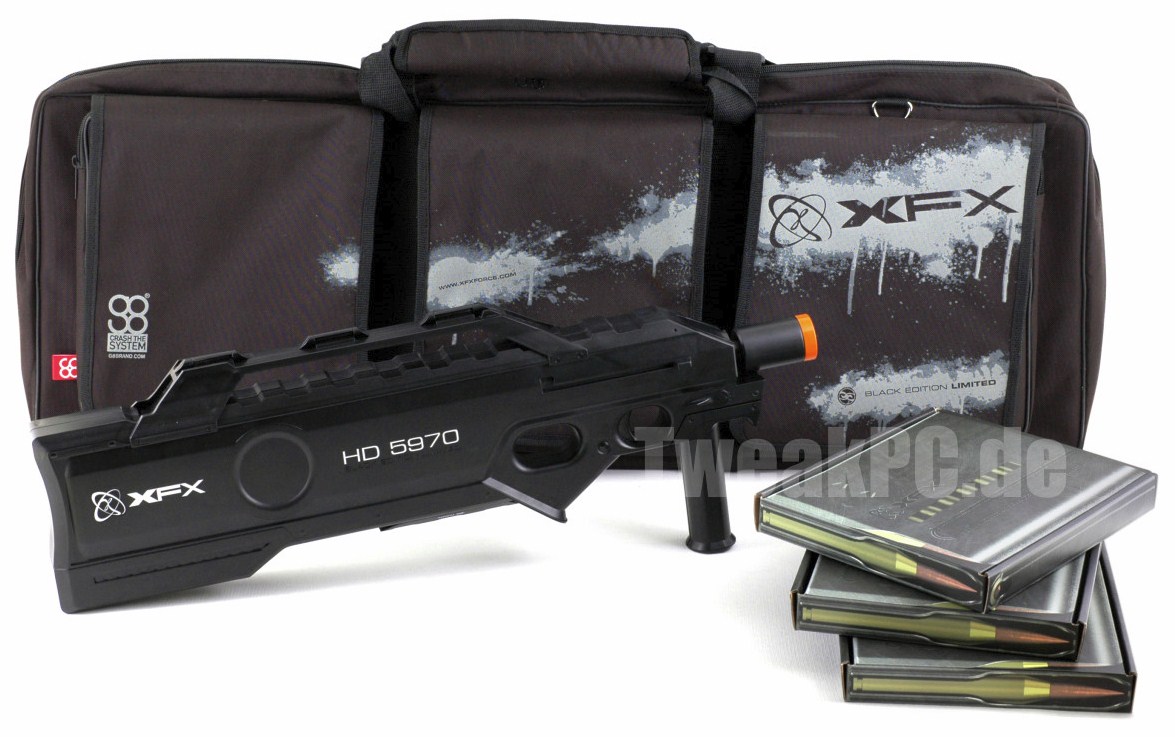 Seen on numerous occasions and teaser videos as in either its prototype form or just plain CGI drawings, XFX seems to have finally made a working, ready for release iteration of its HD 5970 Black Edition 4 GB graphics card in its wacky retail packaging, which it hype-marketed through teaser videos. TweakPC got to lay its hands on one of these limited edition packages, and went ahead un”boxing” it. The package is actually a bag meant to carry small sniper-rifles (good luck getting it through customs). Inside, the actual graphics card is enclosed inside a case shaped somewhat like a Belgian P90 submachine gun. If that wasn’t enough, the magazine pockets on the bag contain accessory boxes that look like magazines. The card itself has a redesigned cooling assembly, that looks different from what the first iteration looked like. It has grooves on its top, and a badge with a limited edition serial number. Internally, the GPUs are pushed far apart, each has its own heatsink. The fan is located in the middle, it blows air to those heatsinks located on either sides. Power is drawn in from two 8-pin PCI-E power connectors. Display connectivity includes 6 mini-DP (DVI adapters included), supporting Eyefinity6. Each GPU carries the same clock profiles as the Radeon HD 5870, 850 MHz core, 1200 MHz (4800 MHz effective) memory, but addresses 2 GB of memory each. XFX seems to have commenced selling, expect it to be priced over $1000. 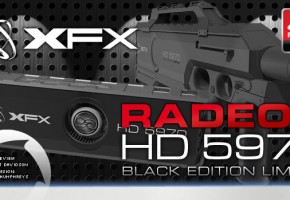 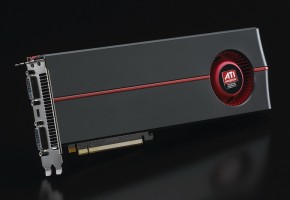 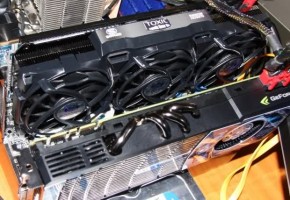