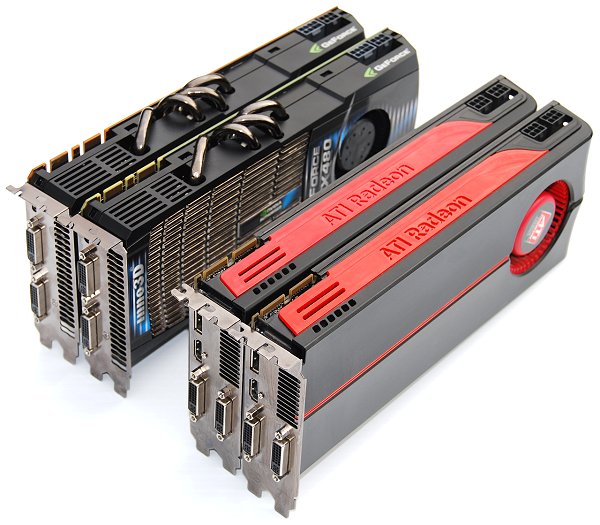 Recently we revisited the battle between the high-end NVIDIA GeForce GTX 400 and ATI Radeon HD 5000 graphics cards series using updated drivers and a new testing method that saw us abolish all time demos.

The results were a little unexpected, as the GeForce GTX 480 delivered results that were closer to the Radeon HD 5870 than we had previously seen. For the most part the GeForce GTX 480 was still faster, however when taking into consideration price, power consumption, and operating temperatures the Radeon HD 5870 simply makes more sense from a value perspective.The face off between the more affordable Radeon HD 5850 and GeForce GTX 470 was even more one sided, with ATI’s card delivering better performance, operating efficiency and much better bang for your buck in the games we tested.

For our tests we ran games at a 1920×1200 resolution as we felt this is what most people purchasing one of these high-end graphics cards would likely use. The fact that 23 and 24-inch LCD monitors are very affordable today, selling for a small fraction of what they did a few years ago helps to make this resolution even more mainstream.