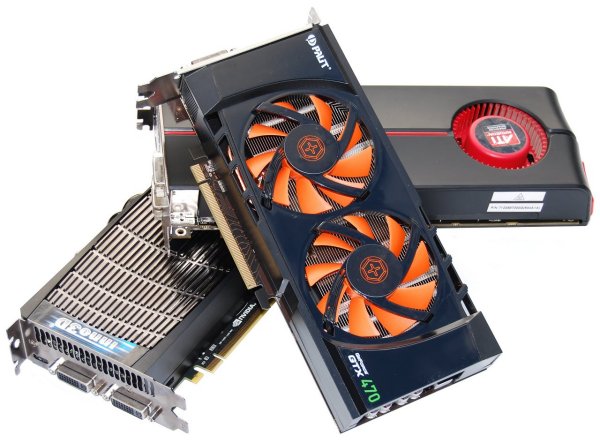 Although the NVIDIA GeForce 400 series has been out for about 2 months now, it’d seem the jury is still out on whether or not the series is a success. Some will tell you the GeForce GTX 480 is a power-hungry expensive GPU that failed to deliver, while others claim it lived up to the expectations as the world’s fastest single GPU graphics card and that power consumption figures are for sissies.

While we feel the truth might lie somewhere in the middle, it is time to take another look at the NVIDIA GeForce GTX 480/470 vs. ATI Radeon HD 5870/5850 comparison.

The GeForce 400 series, particularly the GeForce GTX 480, is a serious piece of hardware that at least on paper should leave the Radeon HD 5870 dead in the water. Our first go at this board revealed that while it was priced ~20% higher than the Radeon HD 5870, on average we only saw a 16% performance increase based on the dozen games included in our benchmarking phase. Perhaps more relevant than that, we found that when placed under full load the GeForce GTX 480 consumed ~30% more power, while at the same time it attempted to send us deaf.