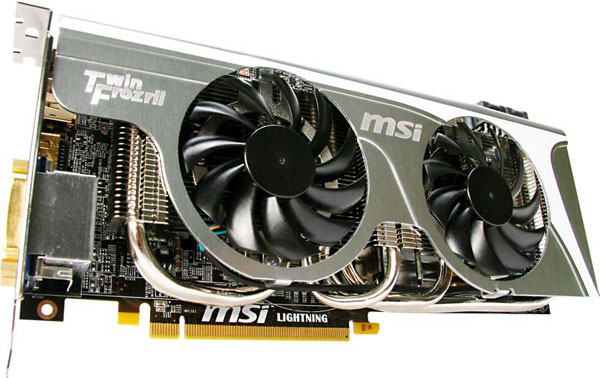 The Computex convention in Taipei officially kicked off this morning, and that means you can expect a spate of product announcements at every turn. One of those comes from MSI, who has just announced their R5870 Lightning graphics card. Built around the same 40nm manufacturing process as other HD 5870 parts and sporting the same 2GB of RAM, MSI says they took things to a new level by using military class components, a unique cooling solution, and a voltage regulator function.

Of interest to overclockers, MSI’s Lightning iteration includes a 15-phase PWM design to provide more power to the GPU and memory, as well as a built-in dual 8-pin power source interface. It’s all supplemented by server grade capacitors and solid state chokes for a longer lifespan and less noise and vibration.