The Tech Chap built an entirely new PC just for this test. Powered by AMD flagship Ryzen 9 7950X processor and paired with Samsung 8K TV, this system is completely out of this world, and probably out of everyone’s pocket. 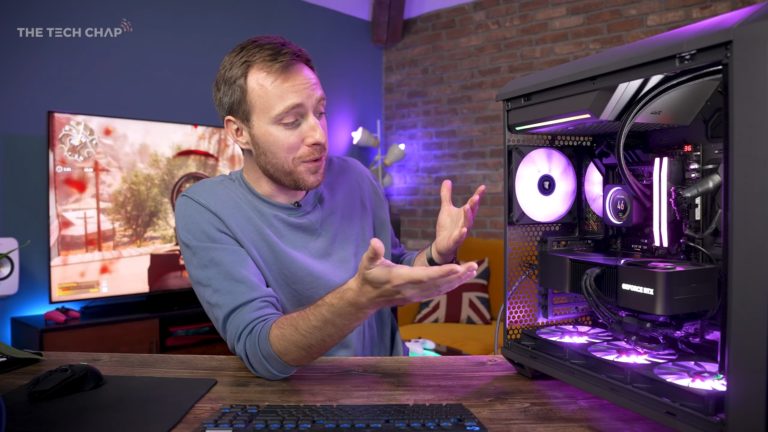 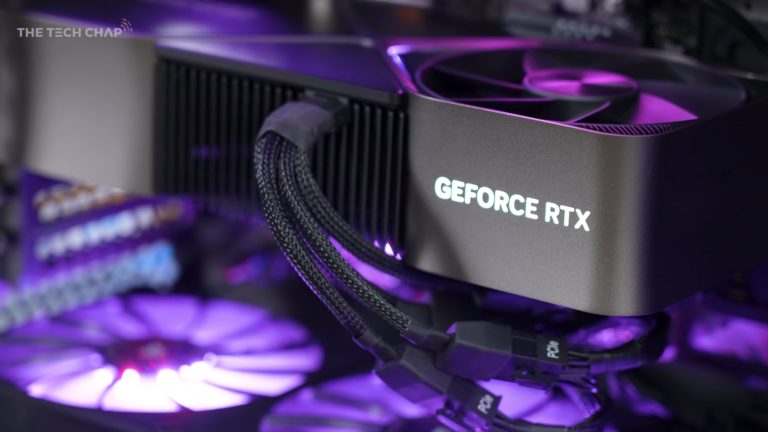 As the focus for next-gen GPUs shifts towards high-resolution gaming, display makers are still stuck at 4K, with no ‘affordable’ 8K monitors in sight. The 8K GPU testing is not very popular among reviewers, simply because there are practically no gamers that actually use this resolution. For science, however, this is definitely something we would like to see.

It is worth reminding that NVIDIA advertised its RTX 3090 GPU as the world’s first 8K capable gaming GPU, but even 2 years later the popularity of 8K screens is still very low.

The card was tested in modern and demanding titles such as Cyberpunk 2077 or Flight Simulator, but even here DLSS3 upscaling tech was required. 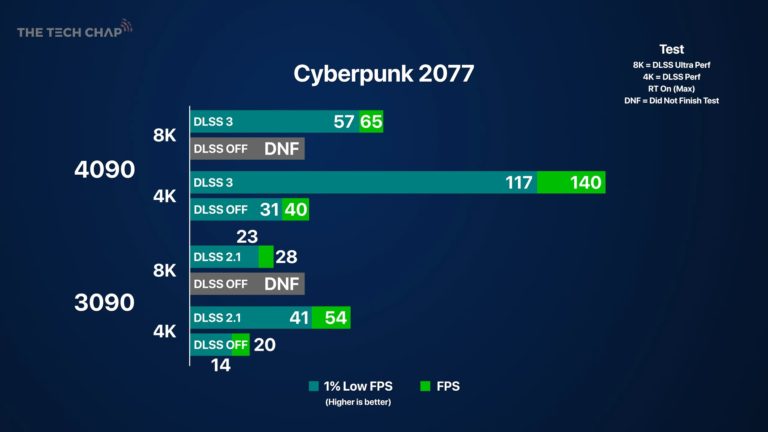 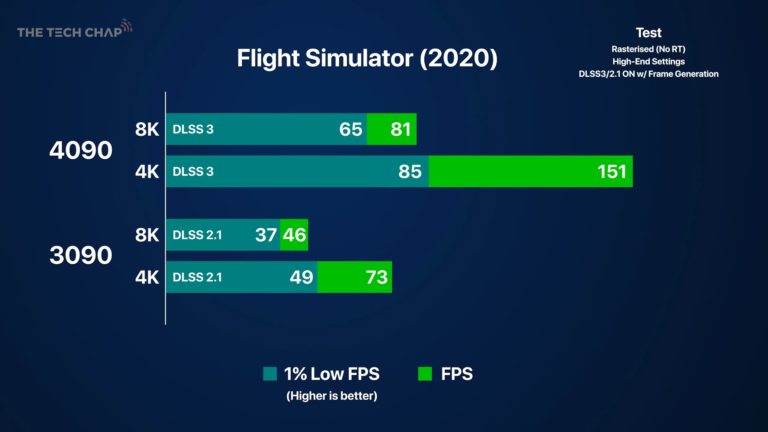 In Cyberpunk 2077 one can expect up to 65 FPS and in Flight Simulator around 81 FPS. The 1% low FPS metrics are at 57-65. The comparison to RTX 3090 does not really make much sense here because it was using older DLSS version.

In Forza Horizon 5 performance without DLSS is 76 FPS average and as high as 520 FPS in Overwatch 2. That’more than twice as fast as RTX 3090 with the same settings. In this case, no DLSS technology was used. 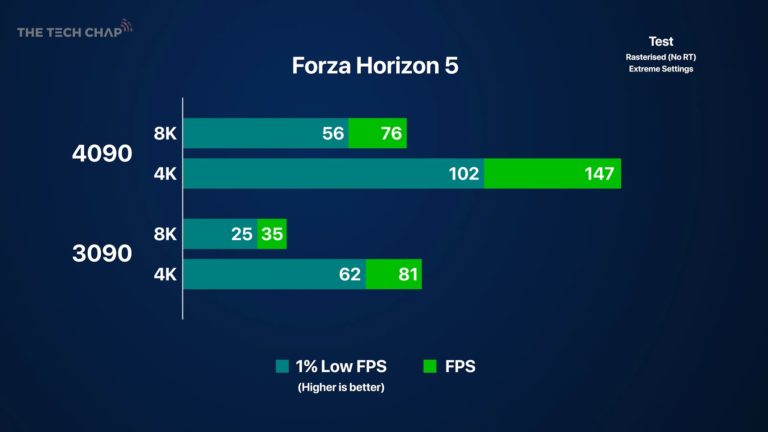 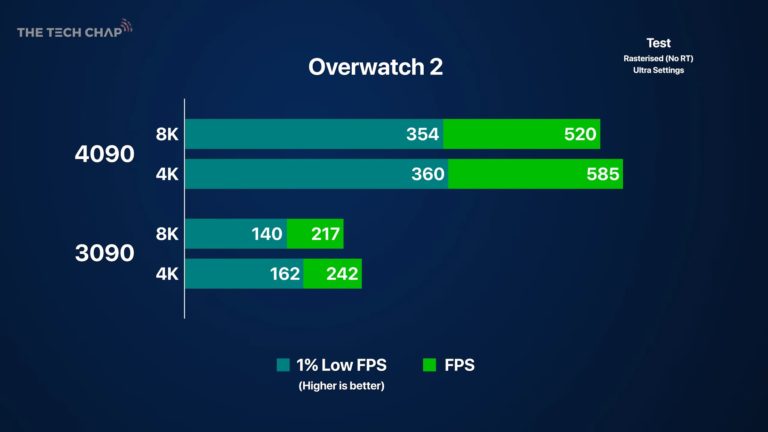 These are of course not all the games tested, but we would rather not spoil everything. Check the video below if you want to know how fast is RTX 4090 at 8K in games such as Call of Duty Warzone or Crysis Remastered.