A test run of the upcoming gaming laptop from Gigabyte had just made an appearance on Userbenchmark.

Gigabyte laptop naming is relatively easy to follow. The 10th Gen Comet Lake-H AORUS series was called YC, 11th Gen Core Tiger Lake-H was YD, thus the upcoming 12th Gen Core Alder Lake series should be called YE and this is exactly what we see in this leak. Furthermore, we can also decode that the GPU is most likely NVIDIA GeForce RTX 3080, which is labeled as “Y“. In other words, we are likely looking at the next-generation AORUS flagship 17G gaming laptop.

This 17-inch AORUS YE5 laptop has been tested in Userbenchmark where it shows relatively low performance. Judging from the score, this wasn’t a full-fledged test, but rather a test runs to verify that the laptop can finish the test. 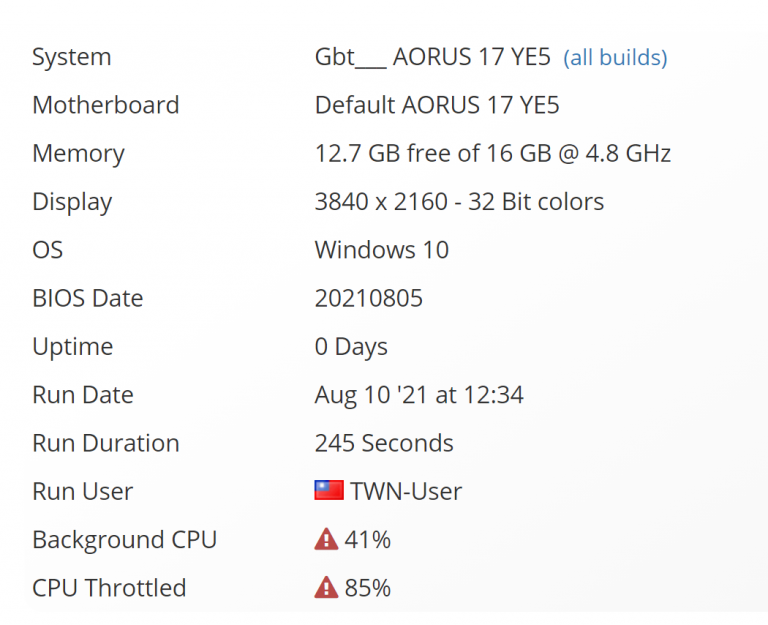 According to the UB listing, this SKU would feature 14 cores and 20 threads, which suggests 6 big cores and 8 small cores (the latter do not support hyperthreading). It should be an early engineering sample because the clock speeds are not very high, we are looking at a 1.2 GHz base clock and a 1.75 GHz boost clock. 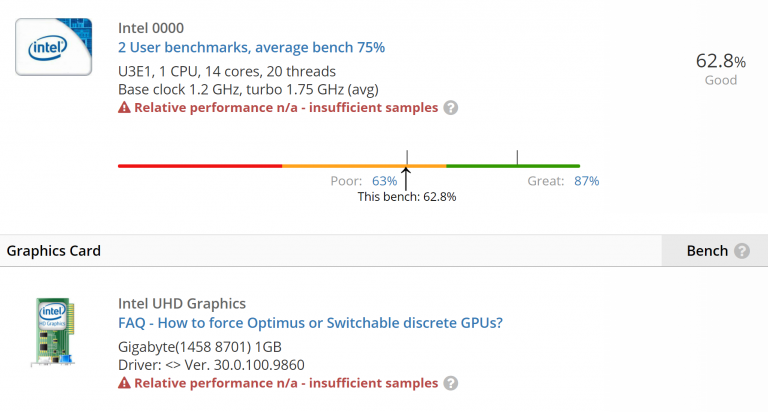 This CPU will be part of the Alder Lake-P mobile CPU family, which will be offered with up to 6 high-performance cores and 8 high-efficiency cores. The series is also to offer up to 96 Execution Units of Intel’s Xe graphics.